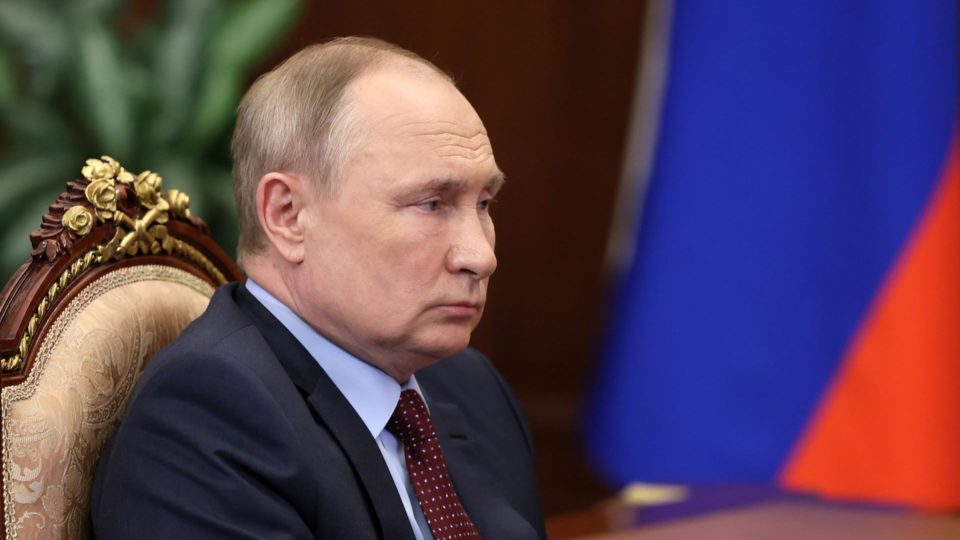 With Putin’s alleged intention to recreate Russian international protagonism, preferential targets would be other nations that were already under the domain of the country| Photo: EFE/EPA/MIKHAIL KLIMENTYEV/KREMLIN

While the invasion of Ukraine generates a humanitarian catastrophe in the former Soviet republic and is responded with sanctions that threaten to suffocate Russia’s economy, the question remains: will Vladimir Putin stop there?

The war in Ukraine has already yielded analyzes that point out that the president intends to recreate international protagonism Russian, which would make other nations that were previously under the country’s domination preferred targets.

Belarus, whose dictator Alexander Lukashenko ceded territory to the Russian onslaught in northern Ukraine, is already a satellite state of Moscow. Does Putin plan for other neighbors to be subjugated in the same way, as he tries to do in Ukraine (who, on the pretext of protecting ethnic Russians in Donbass, he seeks to prevent from entering the European Union and NATO, the Western military alliance)?

“Putin’s aim to reverse history and return to the status of Russia as it was over a hundred years ago also directly affects other neighbors,” Keir Giles, a senior consultant at think tank Chatham House, told NBC. “That is, Latvia, Lithuania, Poland and Finland.”

This is where a big obstacle arises: Finland is not part of NATO, but the three Baltic states (Lithuania, Latvia and Estonia, all former Soviet republics), yes, like Poland.

In other words, any operation against these countries would give rise to the invocation of Article 5, which stipulates that an attack on any member of the alliance is an attack against everyone, to be responded with a direct military counteroffensive – unlike what happens in Ukraine.

“The battle for Ukraine is a battle for Europe. If Putin is not stopped there, he will go further,” said Lithuanian Foreign Minister Gabrielius Landsbergis.

Against Poland, Putin’s main grudge is that by the end of the year a NATO Aegis Ashore anti-missile defense system should come into operation at a base in Redzikowo. A survey carried out the day after the invasion of Ukraine found that about % of Poles consider the probability of an attack by Russia on the country as high or medium.

In theory, in Moldova and Georgia, there is a scenario more similar to that of Ukraine: the two countries are also not part of NATO, they have separatist regions (Transnistria in Moldova, Abkhazia and South Ossetia in Georgia) supported by Moscow and its presidents, like the Ukrainian Volodymyr Zelensky, are pro-Western.

“When we hear Putin humiliating Ukraine, calling it an artificial state with no history, it reminds us of the same things they did been repeating about all the ex-Soviet republics for many years,” Nerijus Maliukevicius, a political analyst at Vilnius University, told the Associated Press.

“The Russian state propaganda machine is now working at unprecedented levels of intensity, and the message is not just about Ukraine,” he added.

However, there are doubts about Russia’s ability to start another conflict so soon. André Frota, professor of the International Relations and Geosciences courses at the International University Center (Uninter), does not believe in this hypothesis.

“He is already having so much trouble conquering two big cities in Ukraine, imagine starting another military action, dividing his army and doing another operation in any other Eastern European country? It would be a complete disaster”, he argued.

While claiming that Putin’s actions “cannot be compared” to those of the Soviet Union and Hitler, as some analysts and officials have suggested, the professor stressed that “if Putin had any expansionist intentions”, this suffered a bewildering blow: “Germany’s defense policy has a new dimension, it is a new phase in the entire European defense policy. He managed to turn everyone against him.”