Got a chance to check out the first look at Black Panther: Wakanda Forever in action? Actress Dominique Thorne appeared in this clip to prepare for her role in Black Panther 2 and her subsequent appearance in the Disney Plus Marvel series Ironheart.

On the Ironheart front, photos from the set surfaced earlier this week. Because they’re spoilers, I won’t say anything about them other than that they’re costumed. A “genius inventor who creates the most advanced suit of armour since Iron Man,” according to Marvel, is the narrator of Ironheart. Aside from that logline, there are a number of comics that hint at what the series may entail.

What is Marvel’s Ironheart About?

MIT offers a scholarship to Riri Williams, an 11-year-old genius, in the comics. Iron Man-style armour is being constructed from materials she steals from around campus. Teenage Tony Stark fanatic reverse-engineers one of Tony’s suits and wears it around town.

Following an investigation by MIT, Williams decides to leave the university. During a test run, she apprehends two escaped convicts, but her suit gets damaged and she returns home to repair it. It is at this point that none other than Tony Stark shows up and grants her wish to become a superhero.

A drive-by shooting takes the lives of Riri’s best friend and stepfather when she is still a college student. “The armour that Riri has been trying to build around herself ever since, both literally and figuratively,” Marvel says, is the inspiration for the name Ironheart.

Who’s directing and in the Cast?

The show’s directors are Sam Bailey and Angela Barnes. On Dear White People and Brown Girls, Bailey was an executive producer. Barnes has worked on Blindspotting, Mythic Quest, and Atlanta’s upcoming fourth season.

In part, Ryan Coogler’s production company, Proximity, will be involved in the production of Ironheart. Wakanda Forever will feature Williams, who was directed by Coogler for Black Panther and the upcoming sequel. That’s not all.

It’s worth noting that Dominique Thorne portrays Riri Williams in Ironheart. Both If Beale Street Could Talk (2014) and Judas and the Black Messiah (due out in the year 2021) featured this actor. 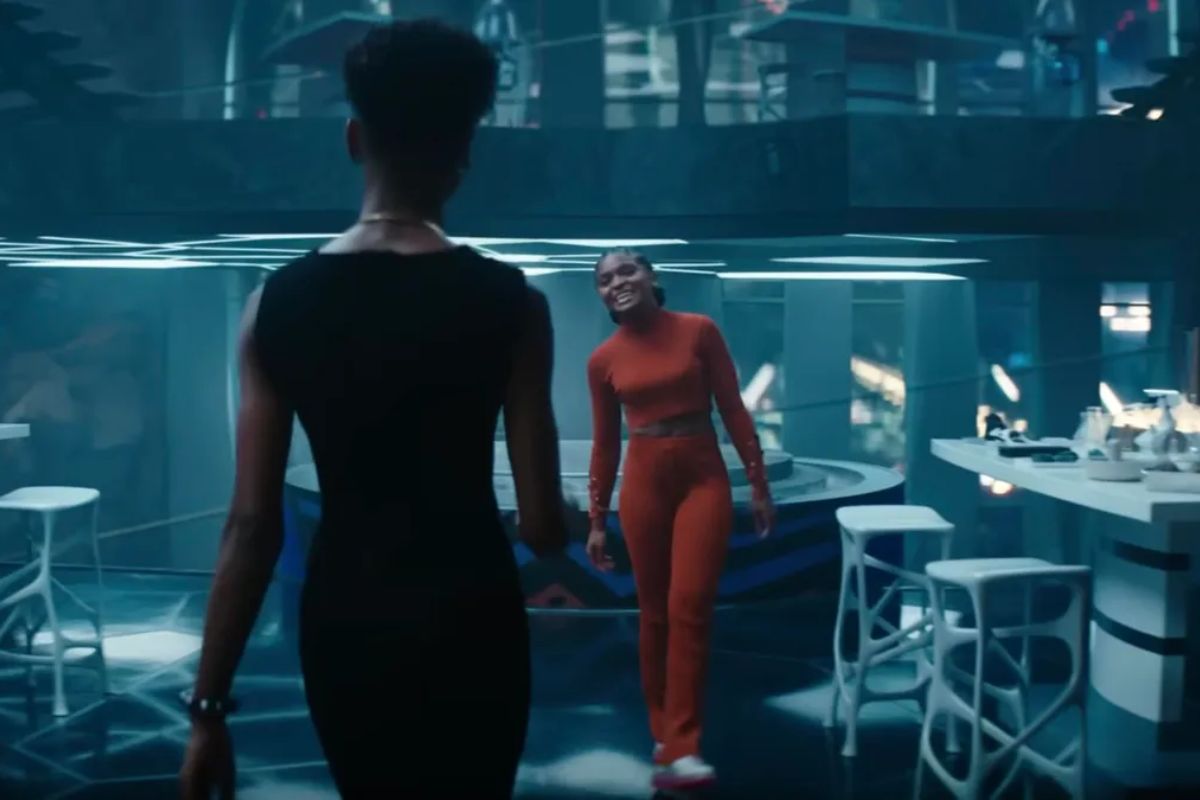 Former In the Heights actor Anthony Ramos confirmed to his Instagram followers back in February that he would be joining the cast of Ironheart in a role that had yet to be announced. A series regular role for Manny Montana, who starred in Good Girls, was first reported by Deadline in June. Montana’s personality has yet to be fully revealed.

Both Lyric Ross and Shea Couleé, a winner of RuPaul’s Drag Race, will play Williams’ best friend in this season of This Is Us.

When will Marvel’s Ironheart Premiere?

To be released in the fall of 2023, Ironheart In the meantime, Dominique Thorne will be making her debut as Williams soon. Wakanda Forever will be released on November 11, 2022, and she’ll be a part of it.

Black Panther 2’s first trailer features two appearances by Thorne. When Shuri greets her, she’s dressed in an orange two-piece suit (Letitia Wright). In the end, she makes a heart out of a sheet of metal by hammering it. You can see it for yourself down the page.

How many episodes will There Be?

According to The Hollywood Reporter, the first season of Marvel’s Ironheart will have six episodes. It has been announced that Chinaka Hodge will serve as the show’s executive producer and head writer.

Will Ironheart have Superpowers?

In the comics, Riri Williams does not possess any superhuman abilities, but she is extremely intelligent, designing and building her own armour. The suit eventually gives her superhuman strength, the ability to fly, and the ability to fire energy blasts from her hands.