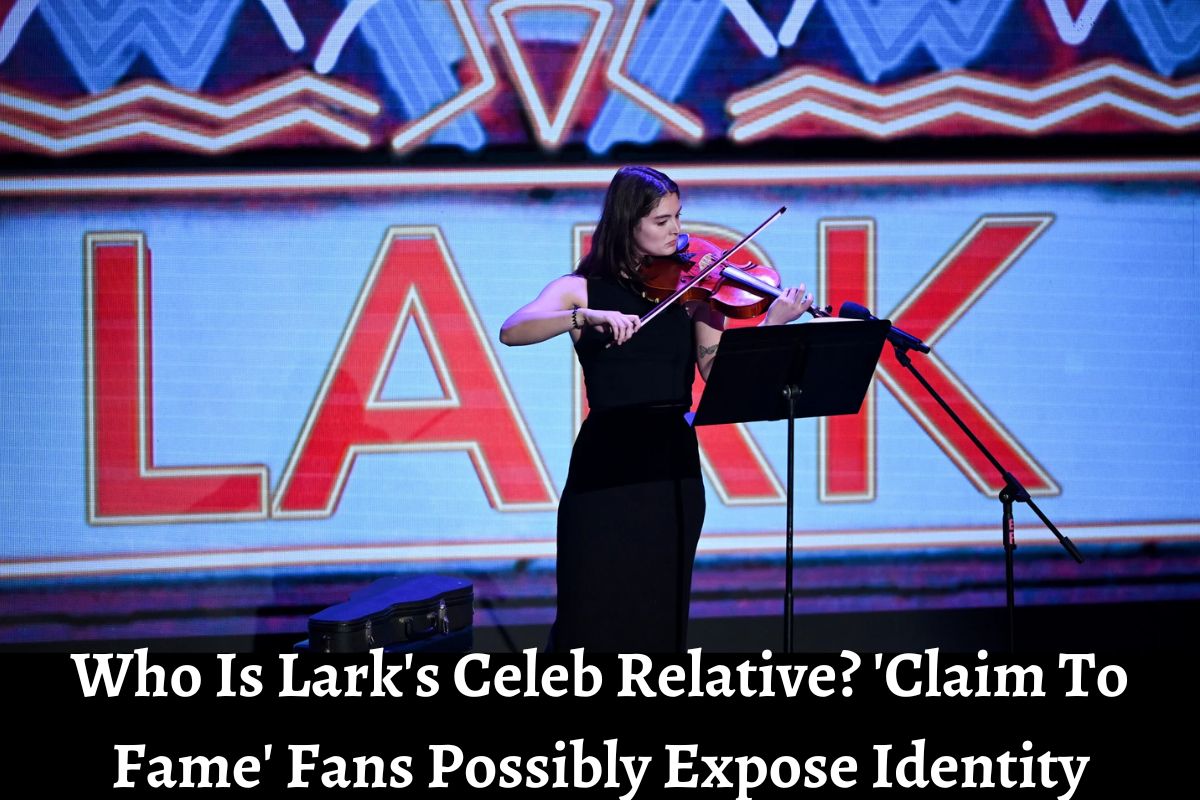 The 24-year-old actress is currently on an ABC show hosted by Kevin Jonas and his younger brother Frankie. She has hinted that she knows a catwalk star.

Every week, one player becomes “the guesser” and has to figure out another contestant’s star connection or be eliminated. If they are right about who a player is, that player has to pack up and go home.

So far, Chuck Norris’ grandson has been sent home for sneaking in a cell phone in episode 1, Zendaya’s cousin Michael was sent home by Pepper in episode 2, and Lark correctly guessed that X was related to Laverne Cox in episode 3, which sent them home.

Who Is Lark From Claim To Fame Related To?

Claim to Fame fans is sure that Lark, whose full name is Lark Skov, is Cindy Crawford‘s niece.

Lark has already said on the show that her famous relative is her aunt and that the woman in question was a supermodel in the 1980s. Now, people have figured out that Crawford, who is 56 years old, follows Lark on Instagram. This could mean that they are related.

One viewer said on Twitter that “#ClaimToFame Lark is so related to Cindy Crawford.”

“I’m watching Claim to Fame, and Lark is Cindy Crawford’s niece, yes ma’am,” wrote someone else.

Who Are The Other Claim To Fame Contestants Related To?

Claim to Fame viewers already knew that Amarah was Whoopi Goldberg’s granddaughter. They also think that Logan is country music star Jason Aldean’s cousin because of a TikTok video that hinted at a family connection.

There is also strong evidence that Pepper might be the granddaughter of Dean Martin, a member of the Rat Pack.

People used to think that Dominique was related to Lonni Love, but now they think that she might be Rev. Al Sharpton’s daughter.

Stay tuned to our Website for more updates, Nog Magazine.