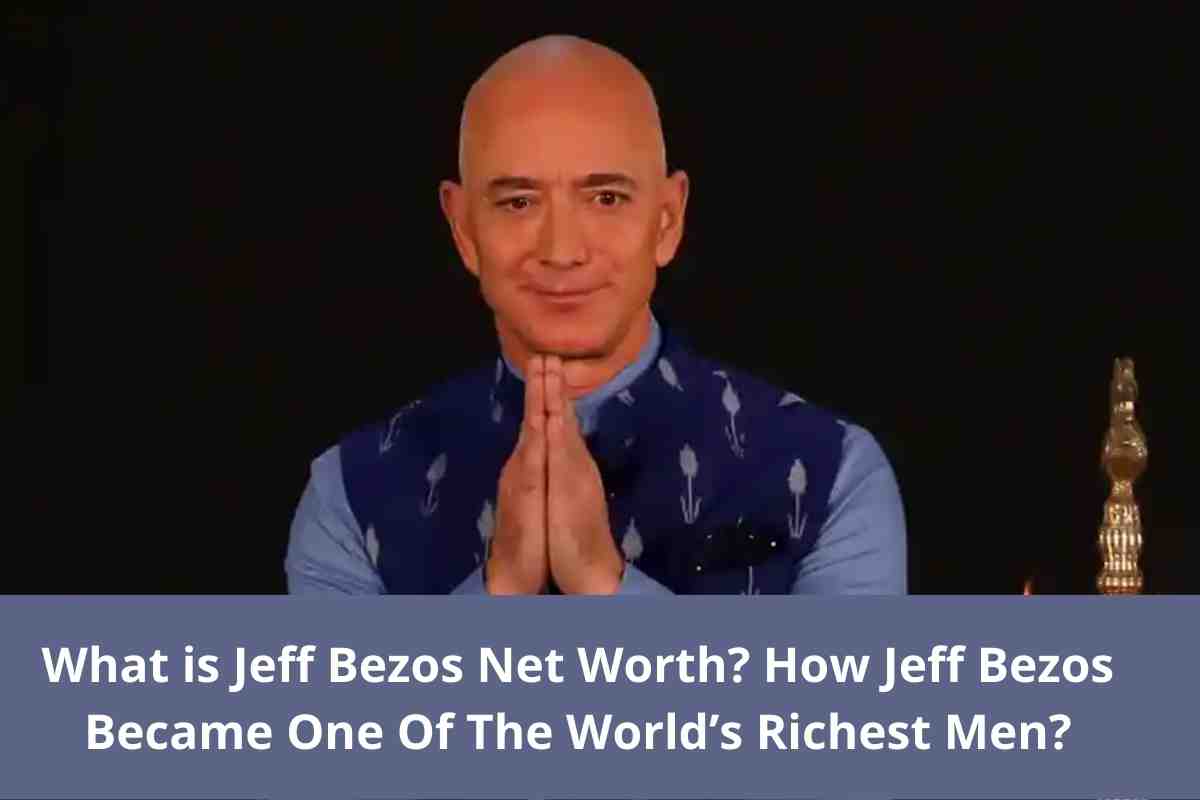 Amazon, the corporation that Jeff Bezo started, is responsible for a significant amount of the billions of dollars that have made him the second wealthiest person on the planet. Beginning as a little online bookstore, Amazon has grown into one of the most successful and well-known retail companies in the world.

Bezos’s rise to wealth did not begin and end with Amazon; he amassed his fortune via a variety of business endeavors. Additionally, he is the owner of The Washington Post, started an aerospace firm known as Blue Origin, and is now working on constructing a clock with a lifespan of 10,000 years.

This article is mainly focused on Jeff Bezos net worth, the business he owns, his charitable deeds and much more. You can access a piece of vast information about Jeff Bezos further in this article.

Jeff Bezos with degrees in computer science and electrical engineering, the tech visionary graduated from Princeton. To work at Fitel, he rejected employment offers from Intel and Bell Labs after graduation. Halsey Minor, CNET’s co-founder and CEO, helped him create a news-by-fax service firm.

He became the youngest senior vice president at D. E. Shaw in only four years after the failure of his first business endeavor. By 1994, the Internet was expanding at an annual pace of 2,300 percent. If Bezos had not been intrigued by this information, he could have remained on Wall Street for the remainder of his career.  Soon after, the future CEO of Amazon conceived the concept of selling products online and started compiling a list of 20 prospective product categories. 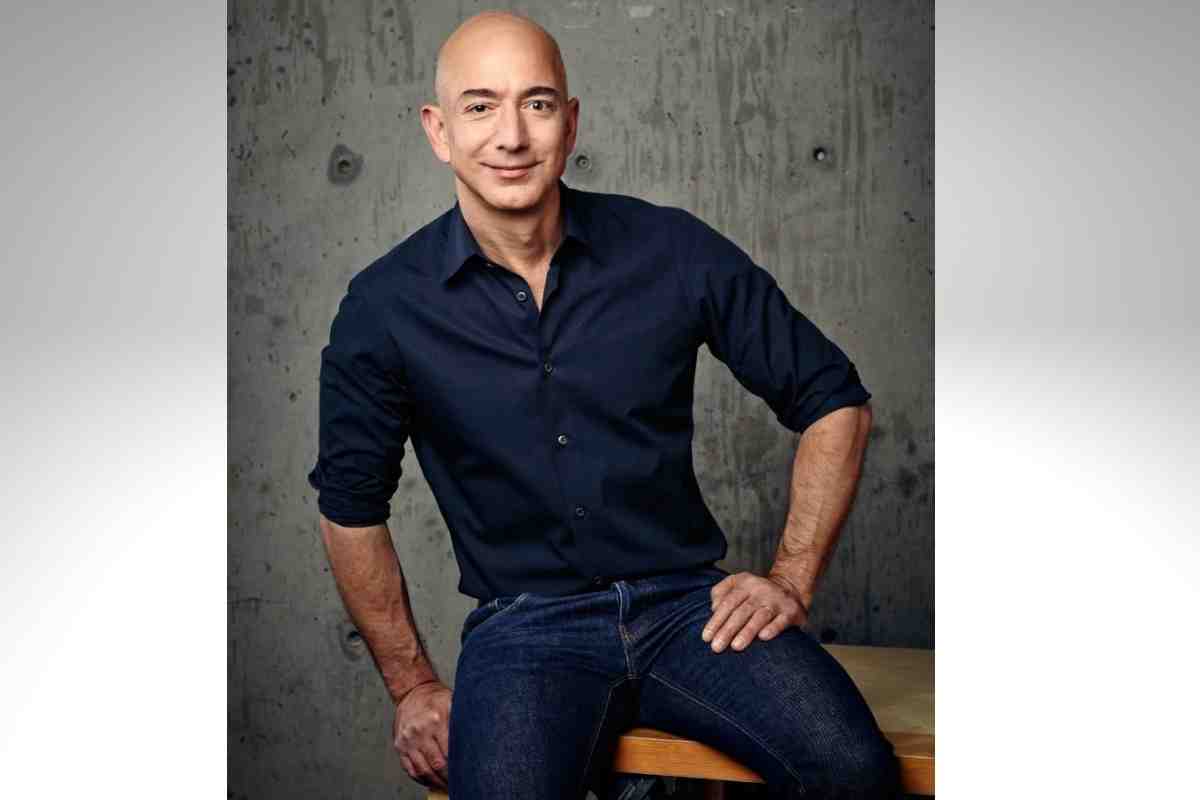 A garage with a potbelly stove was where Amazon.com got its start as a book-selling platform. While Bezos invested $10,000 of his own money in the firm he formed with his wife and two programmers, he held most of his meetings at the local Barnes & Noble.  Amazon sold books in every state in the United States and 45 countries across the globe in its first month of operation in July 1995.

Bezos predicted $74 million in revenues by 2000, considerably underestimating the reality: $1.64 billion in 1999 alone.  He raised $1 million from angel investors after exhausting family assets, mostly from his parents.

The first 20 Amazon investors each invested $50,000 for 1%. If investors kept their whole interests and weren’t diluted by subsequent investors, each investment would be worth $16.71 billion, a 334,200-times return. Amazon raised $8 million from Kleiner Perkins in 1996.

Amazon went public in May 1997 and weathered the dot-com crash. As the platform extended its product offerings and became a market leader, yearly revenues soared from $511,000 in 1995 to $3 billion in 2001.  In 2013, Bezos announced Amazon Prime Air, which will employ drones to deliver packages.  Bezos invested in Google in 1998.

Bezos also owns a significant amount of real estate, as well as other conventional assets. He purchased a 165,000-acre Corn Ranch in Texas, which serves as the test site for the vertical-landing manned suborbital New Shepard rocket, as well as the headquarters for his aerospace business, Blue Origin.

He has properties on both the east and west coasts of the United States. He owns two multimillion-dollar residences in Beverly Hills and a 10,000-square-foot penthouse in Manhattan’s Century Tower that cost him just over $10 million. Century Tower property prices have reportedly risen even higher as a result of Bezos’ New York presence, with space selling for $2,000 to $3,000 per square foot.

Also, in Washington state, he spent $28 million to expand the living area of his lakefront residence by roughly 30,000 square feet. For $1.5 billion, Amazon purchased its own South Lake Union headquarters building in Seattle in 2012. This acquisition made the firm one of the biggest commercial property owners in the city.

I have this old 2006 BusinessWeek framed as a reminder. The “risky bet” that Wall Street disliked was AWS, which generated revenue of more than $62 billion last year. pic.twitter.com/ccF0nCOkhu

Charitable Donations Made By Jeff Bezos

It’s also worth noting that Amazon CEO Jeff Bezos has donated large amounts to philanthropic causes. Besides the Bezos Family Foundation, Bezos has given multimillion-dollar gifts to Seattle’s Museum of History & Industry and Princeton University, where he attended college.
With a $33 million gift to Thedream US.

In January 2018, Jeff Bezos and his ex-wife MacKenzie proclaimed their support for young illegal immigrants who were brought to the United States as youngsters. One thousand high school graduates with Deferred Action for Childhood Arrivals (DACA) status will receive college scholarships as a result of the program.

By 2021, Jeff Bezos will be worth $197 billion, according to the Bloomberg Billionaires Index. His net worth may change greatly based on the value of Amazon’s stock, which accounts for a large portion of his fortune.
Vizaca assessed Bezos’ monthly earnings at $8.99 billion, or $2.25 billion each week, or $321 million every day, based on July 2021 numbers. Along with the Washington Post and Blue Origin, Jeff Bezos founded Amazon.

Late in the year 2021, Jeff Bezos surpassed the wealth accumulated by Bill Gates, the co-founder of Microsoft Corporation, and Warren Buffett, a famed investor, to become the second-richest person on the face of the planet. Bezos is the CEO of Amazon.

This is all for Jeff Bezos Net Worth, we hope you found our content informative. For more such content visit nogmagazine.com