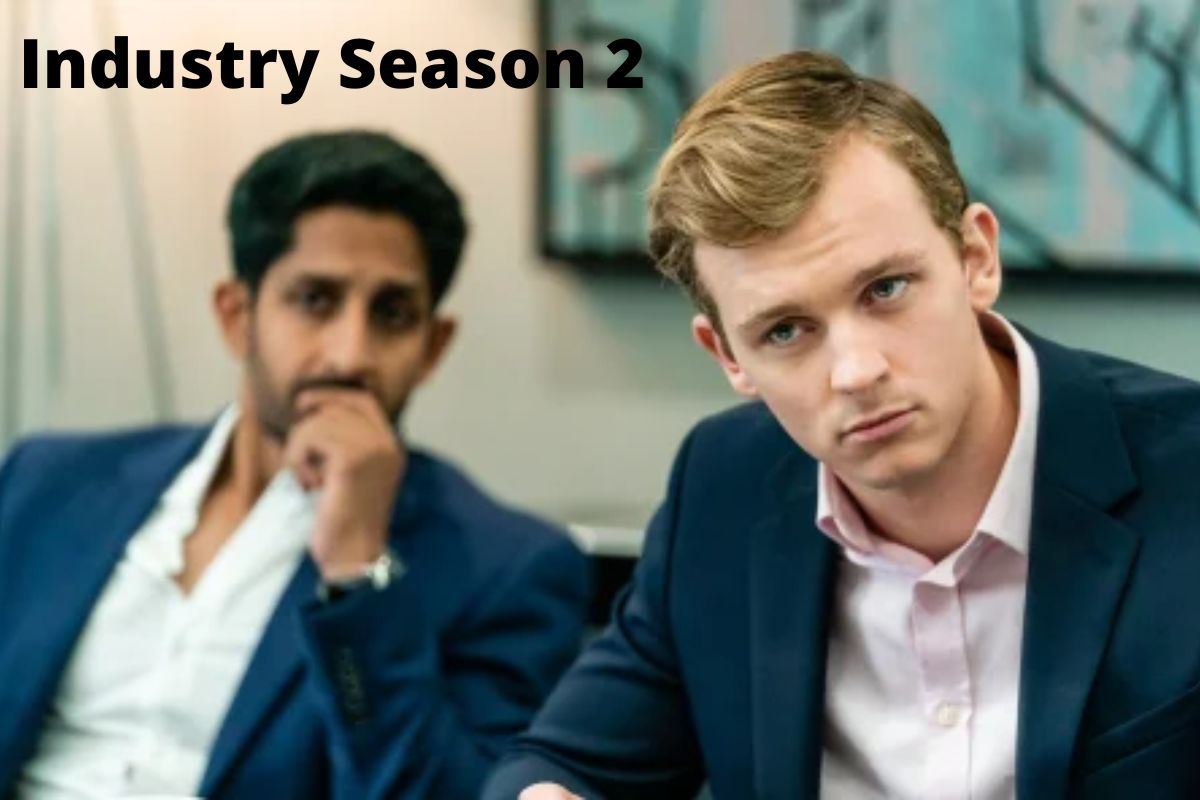 Industry “follows a group of fresh graduates as they compete for a small number of permanent posts at the central London investment bank Pier point. The first season examines recent graduates from all socioeconomic backgrounds as they fight for the few full-time job openings at Pier point.

The graduates include Harper Stern, a Black upstate New York native who uproots her life in pursuit of success at Pier point’s London branch despite lying about the university from which she graduated. Hari Dhar, a state-school graduate, and child of immigrants who speak Hindi, Augustus “Gus” Sackey, a Gay Black British graduate of Eton and Oxford; Robert Spearing, a White Working-Class Oxford graduate who is eager to please but surprised by the change in attitude.

On August 1st, 2022, at 9:00 p.m. ET, Industry season 2 premieres on HBO Max in the United States. When the show will air on BBC1 is yet unknown (note: season 1 was previously shown in the UK on BBC2 but has now switched to BBC1). The banking drama, in our opinion, will be on the UK schedules for the fall of 2022. Episodes will once more be made available on BBCI Player. As soon as we learn the UK air date, we’ll update.

Industry Season 2: What Will Season 2 Be About?

A preview trailer has been made available for Industry, a popular BBC program about the London banking industry Season 2 and the demanding conditions its employees work in. Additionally, we now know that the new season will decide to incorporate a “post-Covid” setting into the plot: “Now Harper, Yasmin, and Robert must drive new business and forge new alliances both inside and outside the office as Pier point, and its junior bankers seek to take full advantage of a post-Covid world.”

It will be an exciting continuation of season one, which ended on RIF (reduction in force) day and gave the graduates one final chance to prove they deserve to keep their desks after weeks of casual hook-ups, drug binges, and all-nighters in between trying to impress clients and make the company money.

To convince the recruiting staff that they deserve a seat at the Pier point table, the graduates must present their case. As a result of the business not accepting responsibility for Hari’s (Nabhaan Rizwan) murder, Gus (David Jonsson) appears to be fed up with the business world. Robert is all smooth talk, but as he explains why he hasn’t been successful in obtaining any business, his nose begins to bleed.

Relationship problems develop between Yasmin (Marisa Abela) and Harper (Myha’la Herrold). Yasmin responds to paranoid Harper’s question about why she spoke to Daria, her employer, by assuring her that her achievement shouldn’t overshadow Harper’s and claiming that Harper’s relationship is the most pleasing thing that has ever happened to her at Pierpoint.

Yes, a trailer for Season 2 of Industry has been published, and it looks good. There appears to be some type of outing at a British stately home, which should be enjoyable with lots of bed-hopping and vice. Look below down…

Please feel free to ask any questions in the comments section below. You may get the latest news by subscribing to our feed. Please share your thoughts in the space provided if you’d like to share your thoughts. Also, stay tuned with us @ Nog Magazinere for more updates on the latest in entertainment in which we usually cover TV Show, Web Series, as the same amazing about celebrating.