Even though it’s a little early to think about Heartland Season 17, it seems likely that the show will be picked up for another season. Over the past few seasons, Heartland’s popularity has skyrocketed and millions of fans around the world want more episodes.

Still, it’s great to see how far Heartland has come since its first season came out in 2007. A few years ago, the show became Canada’s longest-running one-hour drama and it probably won’t lose that title any time soon.

So, when will we find out if Heartland will be back for another season?

We can’t say for sure, but since the last two seasons were both announced in early June, we can assume that the next season will be announced around this time in 2023.

Even though nothing is set in stone yet, the popularity of Heartland seems to be growing at a very fast rate, which gives us hope that the series will continue.

Heartland has not been officially picked up for a 17th season yet. But if the show is renewed, Season 17 of Heartland is likely to come out in the fall of 2023. The show’s 15th and 16th seasons were both announced in June and came out in October.

Heartland Season 17 will have between 10 and 15 episodes that are each an hour long. The show’s parent channel, CBC, seems to be listening to fans who want more episodes because they just added five more to the last season.

How Likely is a Heartland Season 17?

The numbers give us a lot of reasons to be optimistic about the future seasons of Heartland. For once, the show has a high rating on IMDb: 8.5/10 based on 17k votes. There are also other signs that the show will do well in the future.

Last year, Heartland was the fifth most-streamed TV show in the US. People watched the show for a whopping 29.5 billion minutes, which is a lot longer than other popular shows like Lucifer (18.3 billion minutes) and Squid Game (5 billion minutes) (16.4 billion minutes). These numbers don’t surprise me at all, since Heartland is a show that the whole family can watch without having to worry about bad language, nakedness, or violence.

Heartland was also the fifth most-watched show on the streaming service Up Faith & Family outside of Canada.

Angela Cannon, the service’s vice president and channel manager, said the show is one of the best in its streaming library. “It’s amazing how many people like Heartland,” she said.

“Fans know that UP Faith & Family is the U.S. home for all things Heartland, and it is an honor and a privilege to bring Heartland viewers the newest seasons of these fan-favorite shows months before anyone else.” Must Check Stranger Things Season 5 Release Date: When Will It Come Out On Netflix?

Since Season 16 is still airing, it’s hard to say what kinds of stories we’ll see in Season 17. But no matter what the new season brings, one thing is for sure: the popular family drama will not let anyone down. As Amy’s assistant in training horses, Lyndy could become a more important character in the show.

The youngest member of the family has already shown that she is good at working with horses, which both scared her mother and made her mother proud. We’ll also get to know Lyndy better as she goes to kindergarten and goes on new adventures with her friends. Amy is now ready for a relationship, as Season 16 showed. It’s only a matter of time before she finds a new love. This could be a known character like Sam, with whom Caleb has already tried to make a match, or it could be someone new.

Tim and Jessica might also move on to the next stage of their marriage and find their own place, which would make Jack very happy.

As far as we know, the cast of Heartland Season 17 is not likely to change a lot. The show’s stories will be continued by most of our favorite actors, including: 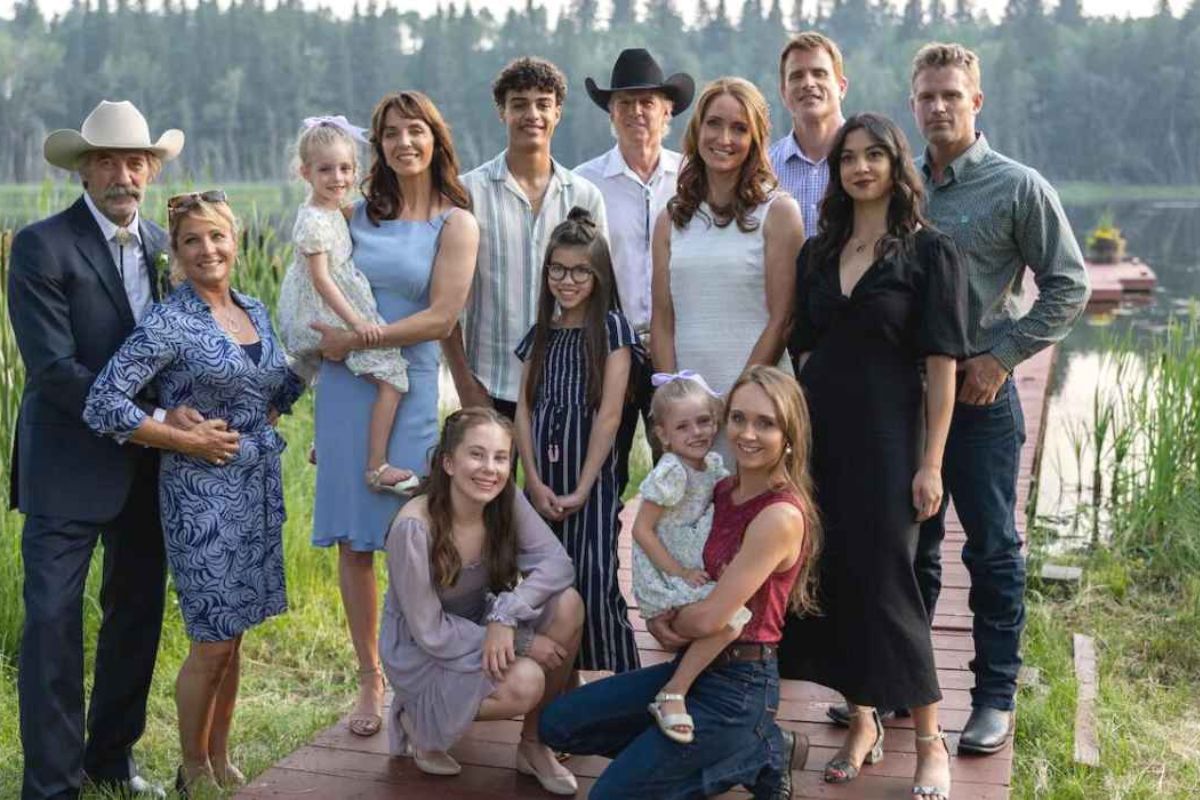 Drew Davies, who plays Logan, and Shawn Roberts, who plays Sam Langston, will probably also be back for the new season. In Season 16, the two actors had a lot more screen time, which suggested that they might have a bigger part in the show. Fans were surprised when Jessica Amlee (Mallory) and Jake Church (Jake) came back this season, but we don’t know yet if they’re here to stay.

Alisha Newton’s (Georgie Fleming-Morris) absence is still a mystery, and there has been no word about when the actress will be back.

Unfortunately, Robert Cormier (Finn) won’t be returning to the show as the actor recently passed away due to injuries sustained in a fall. The cast and crew of Heartland sent their deepest condolences to the actor’s family and friends, and Season 16 was dedicated to his memory.

Is Georgie Returning To Heartland?

No one knows if Georgie will come back to Heartland, but it seems more and more likely that the actress has quit the show for good. But since there has been no official word yet, we don’t know for sure.

Hope is that Heartland is being secretive about Georgie’s absence because he will be back soon. We know that the actress has been traveling a lot in the past year because she has been posting pictures from France and Spain on her Instagram account. Alisha Newton may have just wanted to get away from her responsibilities and enjoy life to the fullest.

Before her recent trips, she was busy filming the Netflix original series Devil in Ohio, whose first season started on September 2, 2022.

If she ever comes back to Heartland, it’s likely that Quinn will come back with her. Maybe it will be a visit to the ranch, where Quinn will ask Georgie to marry him and fans will get their wish for the couple to have a happy ending.

Stay tuned to our website NogMagazine.com for more updates.