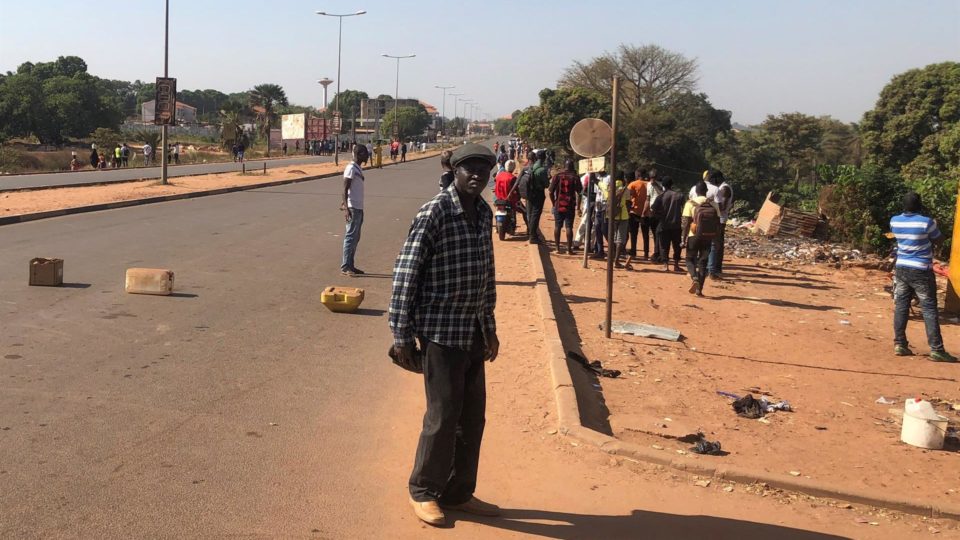 Your Reading indicates the how much you are informed about a certain subject according to the depth and contextualization of the contents you read. Our team of editors credits 20,

, 41 or 100 points for each content – ​​those that help the most in understanding the country’s moment receive more points. Over time, this score is reduced, as newer content also tends to be more relevant in understanding the news. Thus, your score in this system is dynamic: it increases when you read and decreases when you stop being informed. At the moment the score is being made only in content related to the federal government.

The article you are reading right now

Shots were heard in the area of ​​the government palace, where the president and prime minister were attending a meeting| Photo: EFE/EPA/ANTONIO AMARAL

Shootings heard in the region of the government palace of Guinea-Bissau, in the capital Bissau, generated fears this Tuesday (1st) of a possible coup d’état in the country located on the west coast of Africa, just a few days after the military deposed the president of Burkina Faso.

According to the newspaper O Democrata, the palace, where a meeting was taking place with the presence of President Umaro Sissoco Embalo and Prime Minister Nuno Nabiam, was surrounded by soldiers. The Economic Community of West African States (ECOWAS) issued a statement requesting peace and respect for the institutional order in the country.

By registering for our newsletters, you agree to our Terms of Use and Privacy Policy, including receiving content and promotions from Gazeta do Povo. Unsubscribing can be done at any time at this link.