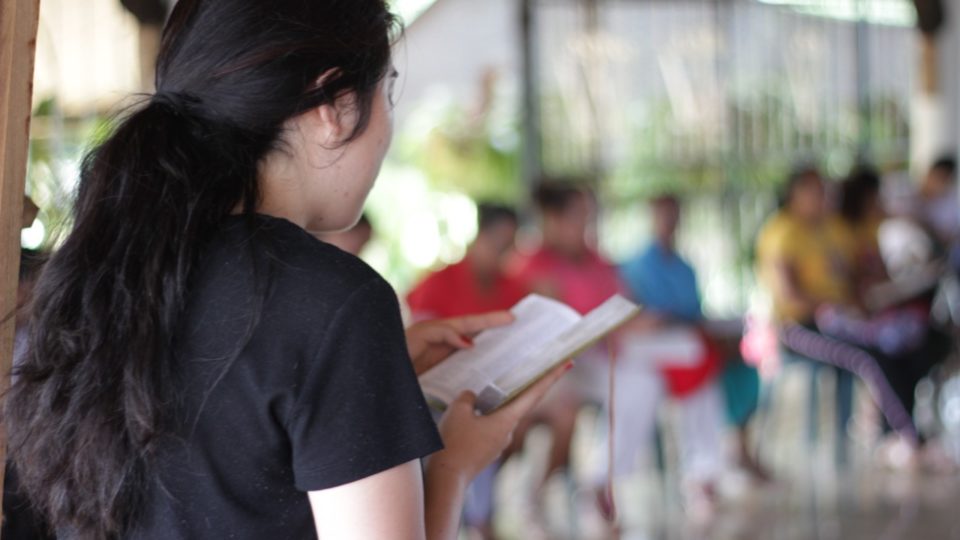 Colombia appeared in 47 th place in the list of 2022 of the countries that most persecute Christians, ranking prepared annually by the international Christian organization Open Doors. The entity points out that the main threats are leaders of indigenous communities, who allege that Christians try to impose their worldview, and guerrillas that dispute territories and drug trafficking routes.

Last year, a few days after the celebration of the fifth anniversary of the peace agreement signed between the Revolutionary Armed Forces of Colombia (Farc) and the government of the country, the United States Department of State confirmed the removal of the former FARC from its list of terrorist groups, in which they had been included 24 years earlier, and the inclusion of two former guerrilla dissidents.

Former FARC guerrilla, Colombian Jasar (pseudonym, adopted for security reasons) has been in Brazil since late January, where he testimony in Christian churches in several cities – among them São Paulo and Cascavel (PR) – about his life in the guerrilla and his conversion to the Christian faith tã.

In an interview with Gazeta do Povo, he reported that dissidents from the FARC and other guerrilla groups continue to persecute Christians in their country. “Every time the guerrilla grows, new commanders appear and because of that the churches continue to be persecuted, because they want territory. We had a case on January 2, they went to a pastor’s house and killed him, and there are four more brothers missing”, he said.

Jasar, who prefers not to specify where he lives or to be photographed for security reasons, was born in a region dominated by the FARC. His mother died soon after and his father handed him over to families that supported the guerrillas. At the age of six, he was already training guerrilla tactics with wooden weapons. When he participated in his first action in which deaths occurred, he was seven years old. At eight, he was already a guerrilla commander.

It reached its peak in of the Farc at 17 years old, when he started to command a group of 30 guerrillas. At that time, it already acted strongly in the repression of Christians.

“ The FARC had the conception of being philosophers and materialists, nothing spiritual, and to this day the guerrillas believe that Christians come to Colombia through the United States, that is, they would be American spies to deliver the location of the commandos”, explained Jasar.

“The churches do not work with the guerrillas, the Christians do not they take or bring things, they don’t help, that is, they stay apart. Therefore, they are considered enemies because they do not work with them. Christians enter the camps to visit the people, the pastors, and help build churches, and the guerrillas do not allow this. These people cannot enter, and anyone who disobeys this order is killed,” he added.

Despite being an atheist at the time, Jasar had already had experiences with God through dreams, visions and people who told him about Jesus, but reported that from the 02 years ago, there were three episodes that led to his conversion.

The first was when he threatened a young man who was preaching in the region dominated by the FARC. “I had an [fuzil] AK-47 and a pistol, and that boy I only had a Bible in my hand”, he recalled. “He told me, ‘If you kill me, God will raise you up to preach in my place. Since that moment, I couldn’t do anything right, because in every military action, the conversation I had with that man came to my mind.” Jasar spared the boy.

The second experience was when he isolated himself to “invoke and make a pact with Satan”, to become a guerrilla “equal or even greater than Che Guevara”. With no response, Jasar then tried to invoke “the God of that boy with the Bible in his hand”, but nothing happened either. That same night, Jasher dreamed of a very bright light and a voice, claiming to be Jesus of Nazareth, commanding him to repent. “I woke up crying, desperate, as I had never cried before,” he said.

The ultimate experience was when he was surrounded by the Army in a foggy area. Already thinking about killing himself so as not to surrender, he asked God to get him out of there, and in exchange he would “serve him until he died”.

“I felt a strong wind, a heat, and I lost consciousness. When I regained consciousness, I was 1 km away from the military siege. I was on my knees, weeping bitterly, and I heard a voice from heaven: ‘Jasher, I am Jesus of Nazareth, who brought you out of that battle; get up, serve me and don’t turn back’. And since then I became a follower of Jesus and I preach the word where I did the same persecution of Christians. I was a persecutor, now I am persecuted for the cause of Christ”, he said.

Jasar now runs a Christian church. Due to the non-partisan nature of Open Doors, he preferred not to comment on the FARC’s agreement with the Colombian government, nor on the Comunes party, formed by former members of the guerrilla.

But he gave a warning to countries where Christians are not persecuted. “My advice, as a practicing and persecuted Christian, is that you take advantage of the time you have to serve the Lord and don’t waste it, because in countries where there is no persecution, it can come. My advice is that you take advantage of this opportunity, consecrate yourselves before the Lord and thus you will be strengthened, regardless of what happens”, he concluded.