Five Days at Memorial, an American crime drama that examines the effects of Hurricane Katrina on the Memorial Medical Center, is planned to launch on AppleTV+. The limited series, based on Pulitzer Prize-winning author Sheri Fink’s nonfiction book of the same name, presents an unvarnished look at the decisions made by doctors at a New Orleans hospital as they struggle under the weight of the storm’s devastation.

With no electricity, no evacuation plans, and an influx of severely ill patients, the medical staff is forced to make calculated decisions with legal ramifications that will reverberate for years to come.

Watch the Official Trailer for Five Days at Memorial

Apple TV+ debuted the trailer for Five Days at Memorial on July 13th, 2022. Beginning with an unusual thunderstorm, the video takes viewers on a visual journey. Hurricane Katrina wreaks havoc on New Orleans with ferocious winds, shattered glass, and wrecked buildings. Massive electric poles and two-story houses are no match for ocean waves as they climb to enormous heights and swallow everything in their path.

The trailer moves to the Memorial Medical Center, which is still recovering from Hurricane Katrina’s devastation. Despite the lack of electricity, there are still an alarming number of patients who require immediate medical attention, resulting in a constant flow of rushing water down the hallways. Medical workers are left to their own devices in the wake of the storm and are forced to make difficult decisions.

What Are Five Days at Memorial About?

During the aftermath of Hurricane Katrina, personnel at Memorial Medical Center are forced to make difficult decisions and put their bodies on the line to help those in need. Five Days at Memorial: Life and Death at a Storm-Ravaged Hospital, Fink’s 2013 book, is the basis for the medical drama television miniseries.

The National Book Critics Circle Award-winning nonfiction book tells the story of the hospital’s tired medical staff as tens of thousands of people flee to it in search of safety. This occurred at roughly the same time as there were reports that some of the very ill individuals had been euthanized before they were evacuated.

Their actions had legal and political repercussions that have remained with them even after Katrina hit.

A debate over euthanasia and its use in crisis situations is also sparked in Five Days at Memorial.

When Are Five Days at Memorial Releasing?

The global debut of Five Days at Memorial is scheduled for August 12, 2022, on Apple TV+.

How Many Episodes Does Five Days at Memorial Have?

Eight episodes make up the miniseries. The first three episodes of the show will be made available on the day it premieres. Every Friday until September 16, 2022, a new episode will be released, and this will continue.

Who Is in the Cast of Five Days at Memorial?

Dr. Anna Pou, the protagonist of Five Days at Memorial, is played by Vera Farmiga. Dr. Pou works at Memorial Medical Center in Uptown New Orleans as a neurologist and otolaryngologist. Hurricane Katrina caused Dr. Pou to make difficult decisions concerning his patients’ well-being when hundreds of people were stranded in a hospital. The Conjuring films and Bates Motel have made Farmiga a household name in Hollywood. 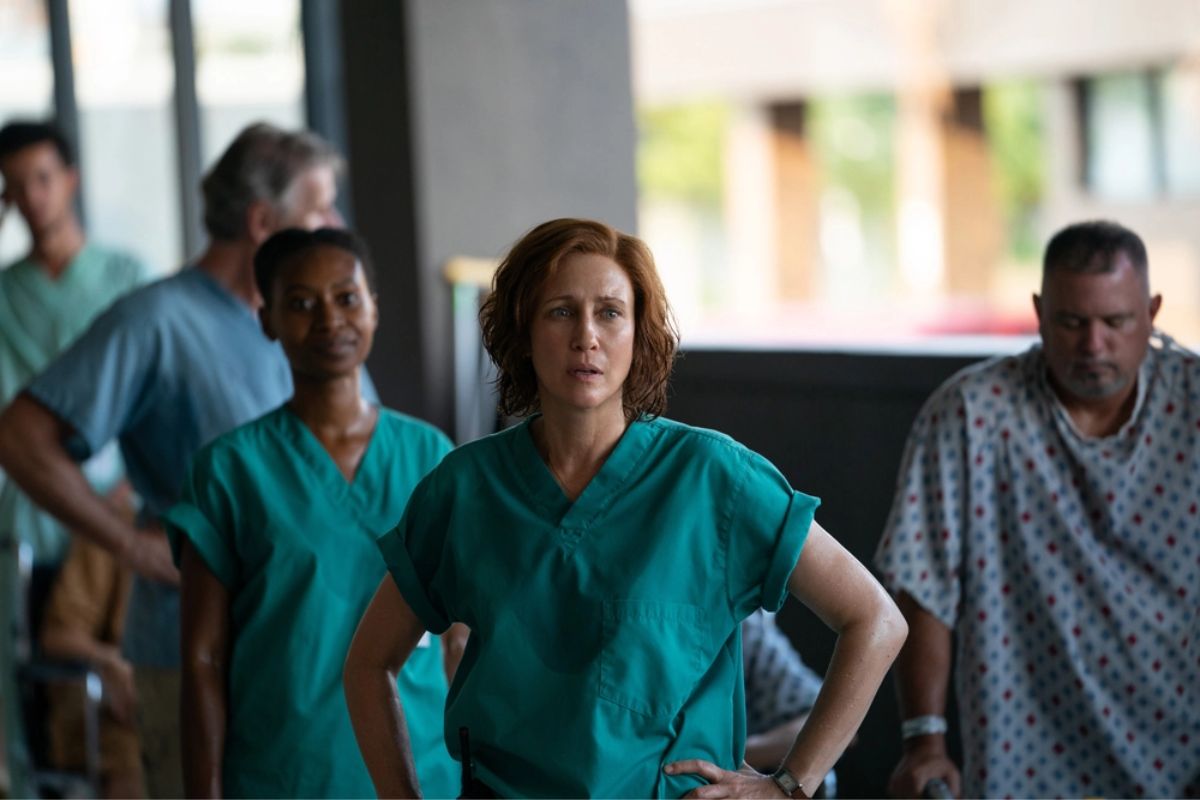 When Did Production Take Place for Five Days at Memorial?

As early as 2013, the Five Days at Memorial reimagining began to take shape. After the publication of the novel, Scott Rudin acquired the rights to make a film adaptation through his Scott Rudin Productions company, which he will produce alongside Eli Bush. Then, in 2017, he had his film rights terminated. American Crime Story creator Ryan Murphy came up with the concept of adapting the novel for the third season. This was never completed, which is a shame.

A year later, the project was sold to Carlton Cuse after Rudin continued to pitch it around. John Ridley was brought into the picture after Cuse acquired the television rights to the show. Finally, in September 2020, Apple TV+ ordered Five Days at Memorial, which will be led by Ridley and Cuse as the co-creators and executive producers. New Orleans and Toronto were the last locations for filming from May to November of 2021, following a casting period that lasted from March to August of that year.

True-life TV shows like Dopesick and American Crime Story can help us comprehend the failures of the past in fresh ways, but it’s probably unfair to expect a TV drama to come armed with daring new answers if our own government isn’t clear on how to prevent another Memorial.

Five Days at Memorial tells the story of a terrible time in American history through the eyes of a master storyteller. For what I think are obvious reasons, this is not a series that anybody will like.. But it’s a show worth seeing, if only because the climate problem on our planet has only gotten worse in the 17 years after Hurricane Katrina made landfall. There will be more Katrinas, but more memorials are an option. Everything will be worth it if Five Days acts as a springboard for formal change. B+