Final Fantasy XVI is coming; that much is certain. We don’t know if or when it will come to PC. An early mention of a PC release has since been removed and Square Enix has been vague about whether we’ll be able to smash Eikons together if we don’t have a PS5.

This is the first completely new mainline Final Fantasy game since Final Fantasy 15 and it seems to be about brand new characters in a whole new world, just like the rest of the games in the series. And from what we can tell, it will be like a mix of FFVII Remake and a Kaiju battle movie.

Here is what we know and what we think we know about Final Fantasy XVI:

Final Fantasy XVI is set to come out on PlayStation 5 in the summer of 2023. Even though a PC version was mentioned in the game’s reveal trailer, Square Enix hasn’t acknowledged it since, and the game is currently being marketed as a PS5-only title. If a PC version comes out, it could take a long time.

After all, it took two years for the PC version of Final Fantasy XV to come out.

Also, look at the latest Announcement of the Release date of…

Our first look at the Final Fantasy XVI announcement trailer focuses on the big ideas and themes of the game, which are darker than any modern game in the series. The trailer reminds me a lot of the dramatic CG trailers that Naoki Yoshida’s team made for FF14 expansions. Those trailers did a great job selling the action and starting the stories.

The game’s main character seems to be Joshua, the bodyguard of a prince. We also hear names like Shiva, Phoenix and Ifrit that we’ve heard before in the series. Since there isn’t much to go on with the story, the setting, which seems to be more medieval this time, is the big draw. That’s a significant change from FF15 and other games in the series, which mixed magic and monsters with modern things like electronics and cars.

Final Fantasy 16 is an action RPG, so don’t expect the turn-based battles of older games. Instead, it’s more like Final Fantasy 15 in that way. We also know that Final Fantasy 16 won’t be an open-world game, but Naoki Yoshida says it will be “inspired” by those games. 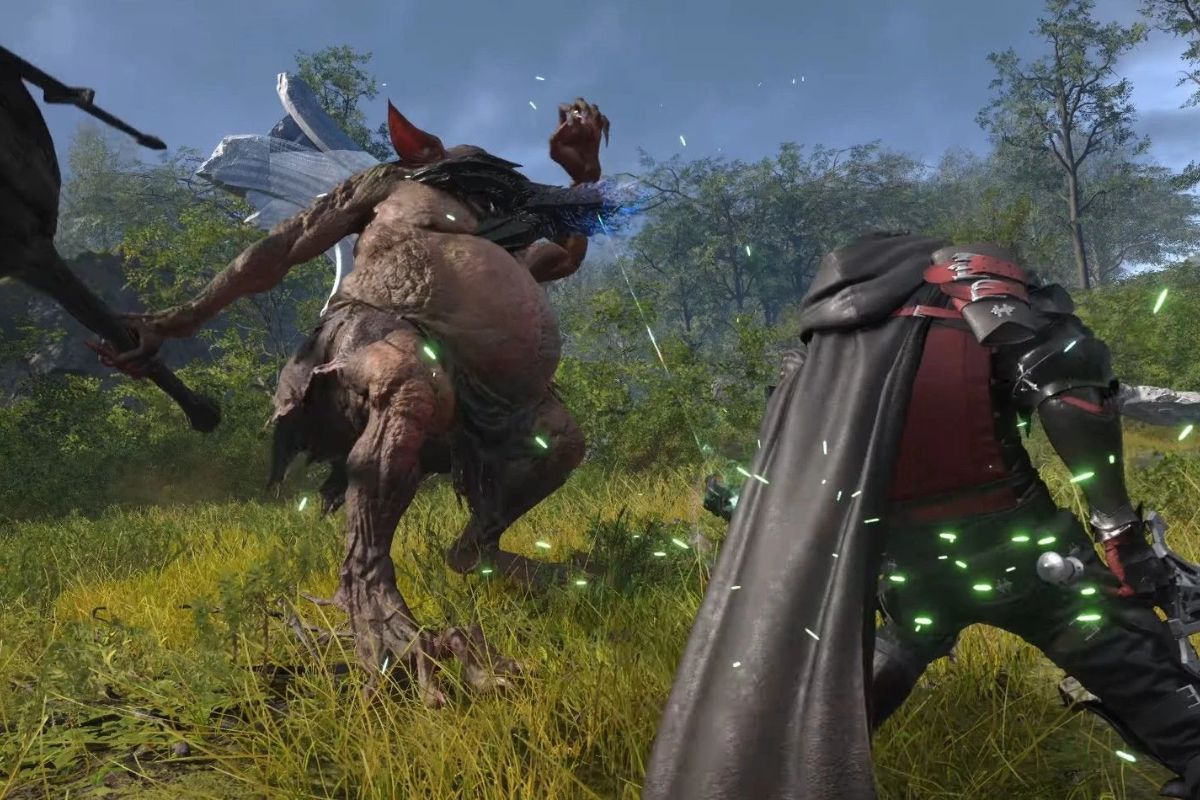 The main character is Clive Rosfield,  and when he fights, he is joined by a number of AI-controlled allies.

The teaser website says he is the oldest son of the Archduke of Rosaria and is in charge of protecting his younger brother Joshua, who holds the Dominant of the Phoenix.

Joshua’s connection to the Eikon Phoenix gave Clive the Blessing of the Phoenix, letting him use some of Eikon’s power and flame to strengthen himself. We are told that Clive is “swept up in a great tragedy” as the story goes on.

Joshua Rosenfield is Clive’s younger brother and the PlayStation blog says he is also the Dominant of the Phoenix — Eikon of Fire. This means that the Eikon Phoenix is inside Joshua, which gives him unique skills and powers. “As a Dominant, Joshua changes into the Phoenix and fights to protect his country,” we are told. This tells us about the world, like how Dominants and Eikons are seen.

If you’ve played Final Fantasy XIV, A Realm Reborn, you’ll know what an Eikon is because they’re called Primals in that game.

From the official site, we learn that Eikons “live inside of creatures called Dominants. Depending on the realm, Dominants are treated like royalty or sent to the front lines as weapons of war.”

A PlayStation blog post says that Eikons play a big role in the story of Final Fantasy 16. These creatures are used in battle, but they also affect the world of Valisthea. Phoenix, Titan, Garuda, Ramuh, Shiva, Odin, Bahamut and Ifrit are the Eikons we know about so far. Each one is a strong creature with a unique set of skills, strengths and weaknesses. Read Out the gameplay of Forza Motorsport.

In the blog post, the people who work on Final Fantasy 16 also talk about the people who control the Eikons and how they came to be that way. Hugo Kupka, the Permanent Economic Adviser, “used to be a faceless foot soldier in the Republican Army. When he became Dominant of the Eikon Titan, he woke up and found himself at the center of Dhalmekian politics.” In his position of power, he is taking the best things from his people and controlling what they want. Titan is the boy in the trailer who looks like he could be nine feet tall.

Benedikta Harman is in charge of Garuda, one of the other Eikons. She is trying to find a second Eikon of fire and you, playing Clive Rosfield, will help her. Harman seems to have “turned her skill with swords and deception into command of Waloed’s top spies.”

Keep following nogmagazine.com for more updates. You can find more Entertainment and Celebrity News articles here, except that we also cover Games.  If you have any queries related to the post, don’t hesitate to ask us in the comment section.