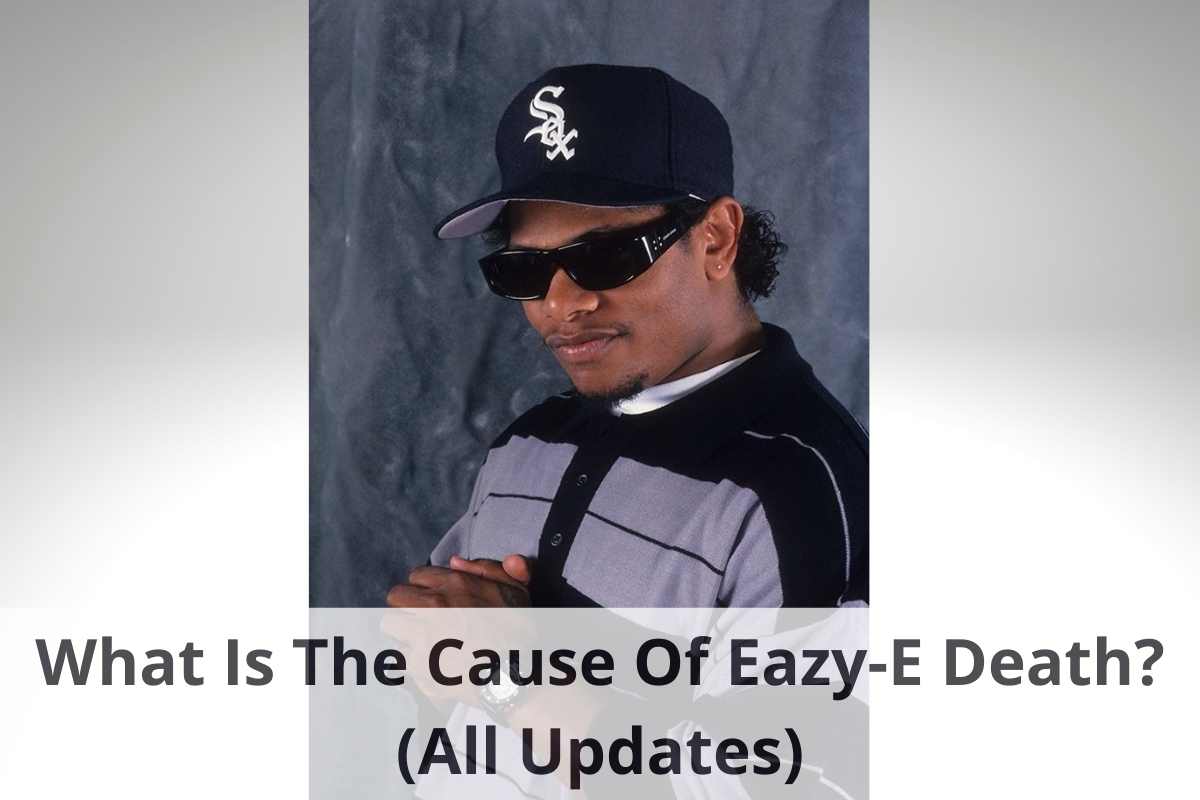 Eazy-E death occurred when he was 31, as his solo career was reaching its zenith. However, long ago he passed away, the music community still deals with his absence. It’s still trying to reconcile itself with the conspiracy notion that hangs over his name.

On March 17, 1995, Eazy-E, better known as Eric Wright, announced that he had AIDS at a news conference in Hollywood. Two weeks before Eazy-E death, Eric Wright’s best friend and attorney, Ron Sweeney, informed the public that the rapper had been placed in severe condition at Cedars-Sinai Medical Center in Los Angeles.

Eazy-E’s representative Sweeney added, “I’m not religious, but right or wrong, that’s me.” “I’m not saying this because I’m seeking a comfy place to rest my head when I get to my destination. Many of my young fans need to know the truth about AIDS, and I want to help them do that. During the past week, I’ve come to realize that this phenomenon is genuine and it doesn’t discriminate. Everyone is affected.”

After his admittance, the West Coast rap scene was dominated by the battle between N.W.A.’s previous company, Ruthless Records, and Suge Knight’s new label, Death Row — which was focused on promoting Dr. Dre as his flagship artist.

Jerry Heller, a former N.W.A. manager and co-founder of Ruthless Records, claims that Knight threatened Dre with baseball bats and lead pipes to get him to break his contract.
Jerry Heller told the Murder Master Music Show that he now believes Suge Knight is a wrong person.

“What does Eazy have to say about Suge Knight? ‘Yeah,’ I said. “Well, I’m going to murder him,” he declares. I think I should get rid of him.’ He remarked that he was going to be a problem. This is something I need some time to contemplate,’ I said.”

“With just six staff, we’re making $10 million a month.’ Even at the workplace, we don’t have a typewriter.’ If we’re the most successful start-up record company in history, why do you want to kill this guy?’ I said. To which he replied, “That is completely irrational in my opinion.” What’s this you say? I should have allowed him to take care of the situation. I could have made the world a better place if I had. He could have done it all by himself, without a doubt.

Ruthless Records filed a racketeering lawsuit against Death Row in 1992, but the case dropped later in 1993. Ruthless Records, on the other hand, continued to benefit from Dr. Dre after his departure. The Los Angeles Times reports: N.W.A.’s early recordings were purchased by Priority Records and Young in 1990, and the company earned a combined $1 million in annual royalty payments.”

What Was The Reason Behind Eazy-E Death?

Tomica Woods, Eazy-longtime E’s girlfriend and future wife, proposed to him while he lay in a coma at Cedars-Sinai Medical Center on March 14 at around 9:30 p.m. local time, in front of his family and friends.

Both Woods’ and Eazy-E’s baby, who was born a year earlier, had tested negative for HIV and AIDS at the time of the rapper’s revelation. Eazy-E admitted to a promiscuous lifestyle in a written statement delivered by Ron Sweeney. To date, six different women have taken on the role of mother to Eazy-E’s children before Tomica. “I have other ladies,” he said, admitting that he had a history of affairs. “Maybe I’ve had a little too much success.”

Eazy-E death occurred on March 26, 1995, one month after his initial diagnosis, at 6:35 p.m. Pacific Standard Time. During his eulogy at First African Methodist Episcopal Church, Rev. Cecil Murray asked the congregation to celebrate Wright’s life, but to learn from Eazy-E death. There is a small blackbird that sings,” Murray added, gesturing to the casket. He sings, ‘I want you to live,'” Please exercise caution since I am counting on you to do so. We need to take it more slowly.”

April 7 has been designated “Eazy E Day” in Compton by Mayor Omar Bradley, who said, “Eric made Compton renowned not just in California, but all around the world. Brothers and sisters, we know that growing up in Compton is not “easy.”

The documentary that Eazy E’s daughter kickstarted to “investigate” her father’s death is really cringe. She really believes her dad was “injected” with AIDS.

It’s the denial & ignorance for me…. I’m not going to tell anyone how to mourn. But it’s so ridiculous.

It was started in late April 1995 by the Los Angeles Times that there was virtually an instantaneous dispute over the ownership of Eazy-E’s estate and a part in Ruthless Records. It has been reported that Tomica Woods, his new wife and former Ruthless head of corporate affairs, has been involved in a quarrel with Mike Klein. This past week, Klein sued the corporation, claiming to control half of it.

There is no doubt in Woods’ mind that she is the only proprietor. Industry experts estimate the company’s assets and a double CD collection that Wright finalized before Eazy-E death to be worth roughly $10 million. The once-profitable corporation will be placed in conservatorship at a Superior Court hearing on April 14 until a judge decides its destiny.

Even as mourners tried to come to terms with the passing of the “Godfather of Gangster Rap,” many began to wonder how rapidly Eazy-E’s health had deteriorated in the first place. People who have been infected with HIV are often asymptomatic and appear healthy, according to the website HIV.gov. Once HIV infection has progressed past the initial stages, it enters a period known as “clinical latency.”

Dr. Wilbert Jordan spoke with Jasmine Simpkins regarding the conspiracies surrounding Eazy E’s death. He even treated TWO of the women who had contracted HIV after having sex with Eazy E. & One is still his patient. Both women are still alive. pic.twitter.com/qxL3UVl2UJ

The term “latency” refers to the duration of time during which a virus remains dormant in the body without causing symptoms. The immune system of a person infected with HIV will eventually be compromised. Clinical latency to AIDS is marked by fast weight loss and pneumonia, the latter of which Easy-E succumbed to in the final stages.

While Eazy-E death, no one who was close to him realized that he had changed dramatically in look or demeanor. He was, according to Bone Thugs-N-Harmony members who had recently joined Ruthless Records, Eazy-E’s typical self at the time of his cancer diagnosis.

This is all about Eazy-E Death, and we hope you found our content Informative. For more such content please visit nogmagazine.com