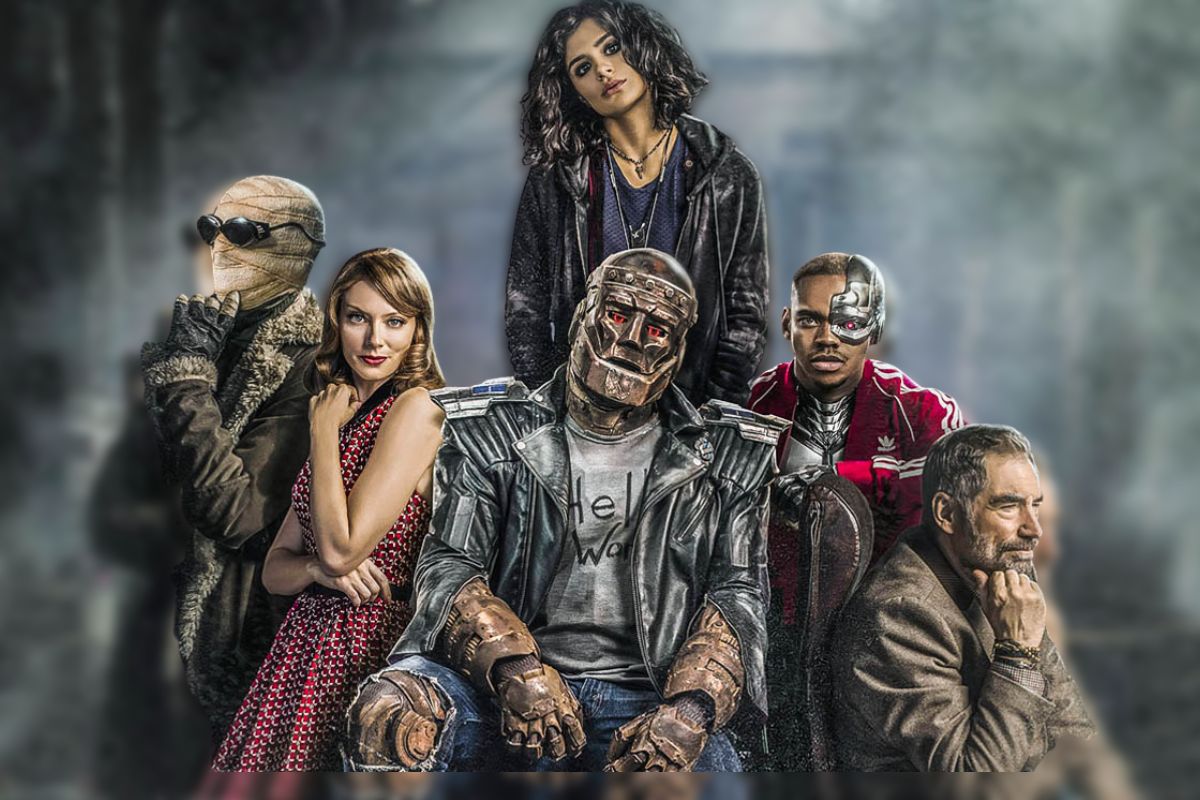 DC’s “Doom Patrol” launched after the team was initially presented in the fourth episode of Season 1’s “Titans,” a gritty and gloomy take on the famous young squad of heroes and former sidekicks in the DC Universe who wanted to set out on their own to defend the innocent. While Robin and others in the “Titans” cast will be readily identifiable to casual Avengers readers, the “Doom Patrol” cast may be new. Early in November saw the conclusion of the show’s third season, during which viewers saw characters like Negative Man (Matt Bomer), Cyborg (Joivan Wade), and Robotman (Brendan Fraiser) accept their positions as heroes alongside the rest of the Doom Patrol squad and take on the Brotherhood of Evil.

It has been revealed that the team’s exceptional talents were not the result of random chance, but rather that The Chief/Doctor Niles Caulder (Timothy Dalton) orchestrated everything that happened to each member of the team in order to give them their unique set of superpowers. To save one of their own, the season 2 cast reunited with The Chief. Given the team’s improved chemistry after Season 3’s happy conclusion, what kinds of obstacles may they face in Season 4? Everything we know about the coming fourth season of “Doom Patrol” is detailed below.

What is the Release Date of Doom Patrol Season 4?

According to Variety and the 2021 DC FanDome Event on October 16, 2021, where the cast of “Doom Patrol” decided to quickly drop in to let fans know that they had been officially renewed for a fourth season, the show is likely to premiere sometime in 2022. While there has been no confirmation of any actual release date, based on prior release dates of “Doom Patrol,” it’s likely that it could be released in the summer or fall of 2022 on HBO Max. “Titans” is also renewed for Season 4 and set to be released sometime in 2022 as well (via Variety). “Titans” has usually been released alongside “Doom Patrol” in the summer/fall.

The renewal came during virtual fan event DC FanDome, with Doom Patrol stars Joivan Wade, Diane Guerrero, April Bowlby and Michelle Gomez sending in videos to celebrate the good news.
The cast said: “Things are going to get very exciting with a new fourth season of Doom Patrol. Celebrate with us by watching the first three seasons out on HBO Max as of now. Things are about to heat up!”

Breeders Season 4: What Is This Show About?

Who is in the Cast of Season 4 of Doom Patrol?

Season 4 of Doom Patrol will see the return of the series’ original cast members, including Diane Guerrero (Orange Is the New Black) as Jane, a woman who can assume a number of other identities, each with their unique set of skills.

Rita Farr, played by Two and a Half Men’s April Bowlby, is a former Hollywood actress whose cursed talents sometimes convert her into a gelatinous condition, but can be quite useful when maintained under control.

White Collar’s Matt Bomer, who plays Larry Trainor (aka Negative Man), seemed to confirm his return to the role with a tweet reading, “It’s a happy day!” after the renewal of Doom Patrol.

Meanwhile, Brendan Fraser, who starred in the first The Mummy, will reprise his role as Cliff Steele, a former NASCAR racer who was turned into a cyborg after a horrific accident.

Fraser has also been hired as a villain in HBO Max’s planned Batgirl movie, which will supposedly take place in a different timeline than Doom Patrol.

Cyborg, played by Joivan Wade (The First Purge), is one of the most important members of the team and has ties to both the Justice League and the Teen Titans.

Finally, Michelle Gomez (The Flight Attendant) seems like she could be back as the mysterious Madame Rouge in season three.

Former James Bond star Timothy Dalton, on the other hand, appears to be quitting the show after the death of Doom Patrol creator The Chief at the beginning of season three.

The story of Season 4 of “Doom Patrol” has not been announced, however given the nature of Season 3’s conclusion, it’s possible that the team will take on greater tasks after realizing they’ve become a super-team. The Dead Boy Detectives and Dorothy (Abi Monterey) are two examples of recurrent characters that might make more appearances.

Season 4 will hopefully resolve some of the questions raised by Season 3, such as Robotman’s new body, Rita’s potential transformation into a villain once she has accepted her darker side, and Laura De Mille’s internal battles to become a true hero. Season 4 of “Doom Patrol” will focus on the team’s efforts to come to terms with its new role as a super-team and discover methods to function effectively as a unit. Season 4 of “Doom Patrol” will likely have additional information released next year.

A sure fire way to make me watch and get interested in the show again is if they introduce and make Casey the main POV character of the season.

Is there a Doom Patrol season 4 trailer?

Though a trailer for season four of Doom Patrol has not yet been released, fans may catch wind of the show’s renewal, see the midseason premiere of the third season, and get a glimpse at a number of other upcoming DC Comics films by visiting DC FanDome. Take a look at the video below: