As the second season of American Horror Story on FX on Hulu has begun airing, the debut episode, “Dollhouse,” has been a pleasant surprise for long-time fans of the program, as it provides some background information on a prior terrifying character. On the surface, American Horror Story’s “Dollhouse” episode tells the story of a girl who goes to a job interview and ends up being held captive by a dollmaker. In the conclusion, the storyline of the episode takes a twist into some of the show’s most beloved mythology:

For the ultimate “prize” in “Dollhouse,” Coby (Kristine Froseth) competes with other “dolls” to become Mr. Van Wirt (Denis O’Harenew )’s wife, and mother to his creepy young son Otis (Houston Towe). It’s Van Wirt’s final test, and Coby is the only one who dares to return for Otis – only to discover that she’s been taken advantage of. As a living doll enclosed in a porcelain shell, Coby is doomed until it suddenly isn’t.

Every scene in “Dollhouse” exposes Coby to be something other than your average teenager. It turns out she’s a witch, and the others in her coven aren’t too happy about some crazy man turning a real witch into an adorable doll. Coby is saved by two witches who arrive at Van Wirt’s house and burn him and his goon to ashes. As promised, Coby goes with Otis in tow. Fans of American Horror Story: Coven will recognize Miss Robichaux’s Academy from the show.

The year is 1961, and we are in the state of Mississippi. Young ladies have been kidnapped by an eccentric doll factory owner, who has forced them to live in a real-life reproduction of a dollhouse, where they must dress and act like dolls. To become the perfect mother for the man’s son, the ladies find themselves in a diabolical competition or selection procedure.

First and foremost, let’s get this out of the way. Remember, this is a television show with 40-minute episodes, not a feature film, so don’t hold your breath waiting for the next chapter to be a masterpiece of cinema. Just to let you know, that’s how we operate.

Loni Peristeri, the filmmaker, has created a mood that lends itself perfectly to bizarre and unsettling scenarios. A spinoff of American Horror Story would have to be visually and stylistically flawless in order to live up to the set’s high standards. The unscrewing of the bed-knob, for example, has an artful feel to it because he managed to sneak it in there.

Accurately portraying the ridiculous and frightening events depicted in this story, the cast’s performances are in keeping with the theatrical interpretation. This final feature enhances the enjoyment of the show. As the doll-obsessed maniac with a plan, Denis O’Hare does an outstanding job.

There is a fair amount of macabre humor to be found in this story’s théâtre de absurd trait, and we appreciate it. 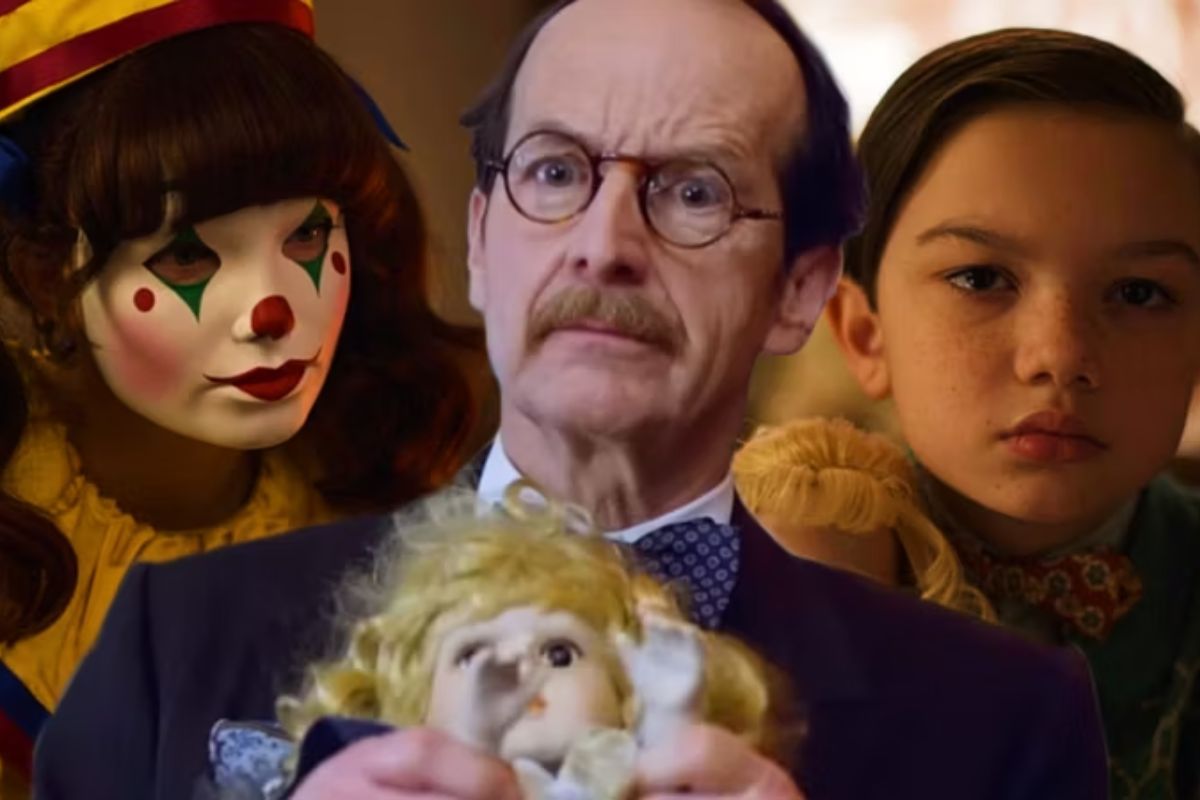 The first episode of American Horror Stories Season 2 is titled “Dollhouse,” and it focuses on Spalding, a wicked man who recruits young ladies for his Dollhouse.

When Spalding’s wife Ellen (Genevieve Aitken) was murdered for cheating on him, he went on a quest to find an “ideal” mother and wife for his kid, Houston Towe (played by Houston Towe). In the season’s first teaser trailer, Spalding tells a woman he’s kidnapped her in the following way: “I built this for myself as a personal toy. Young woman, there’s just one way out, and it doesn’t involve any windows or doors.”

There will be more cast members joining O’Hare, including Kristine Froseth, who will be playing Coby, the woman who tries to flee in the movie’s teaser. Abby Corrigan, Maryssa Menendez, and Emily Morales-Cabrera round out the cast. Kenia Arias, Simone Recasner, and Spalding’s kidnapped women are all featured in this film. Their first exposure to the American Horror Stories series was through this cast member.