On Saturday, Deontay Wilder will fight Tyson Fury for the WBC heavyweight title in Las Vegas. This fight will be the climax of a trilogy between the two fighters. Tuscaloosa, Alabama’s Wilder held the WBC belt beginning in 2015 and was expected to fight Anthony Joshua in the future until Fury enticed him into the ring in December 2018. Before their first battle in Los Angeles, the “Gypsy King” Fury had taken time away from sports because of his mental health, while the “Bronze Bomber” had won his previous 40 fights, 39 by knockout.

Wilder knocked Fury down twice, but Fury battled back to earn a thrilling draw and set up a tantalizing rematch for February 2020 at the Staples Center. Fury knocked out Wilder in the seventh round of their rematch to terminate the latter’s undefeated streak and Fury’s tenure as WBC champion. Wilder, 35, has offered a variety of explanations for his loss, including that he was wearing a bulky costume in the lead-up to the fight and that Fury engaged in cheating, but he will get another shot at reclaiming his title this coming Saturday.

What is Deontay Wilder’s net worth?

According to Forbes, Wilder made $46.5 million in 2020 from fight purses, sponsorships, and other sources. His career-high was $25 million, which he earned in the rematch with Fury in February. As with Fury, the American has not fought again. Wilder’s net worth is estimated to be approximately $40 million, according to several sources.

Deonty, his fiancée Telli Swift, and their children currently reside in his massive Alabama mansion. He spent $1.2 million on this luxurious home with two garages, four bedrooms, four bathrooms, an outdoor kitchen, a hot tub, and a panic room.

The bronze bomber has never hesitated to flaunt the luxurious life he lives. In fact, his love for stylish cars is well known to his fans. Car enthusiasts have openly praised his impressive car collection that includes the biggest brands on the market.

With a top speed of 217 mph, the Aventador is one of the fastest Lamborghinis out there.

What makes this vehicle even more impressive is the stylish faux-alligator skin wrapped around and finishing bronze coating, which was an ode to the ‘bronze bomber’ himself.’ Deonte spent $560,000 on the car.

This $600,000 beauty is the most expensive Rolls Royce on the market, with a rich history dating back to 1925. Again, Deontay customized the car with a bronze coat.

Although Wilder has a fleet of cars in his garage, there’s no reason not to add a few superbikes to the list.

Just like his cars, he likes to customize their appearance. As far as we know, he has two bikes, both the best ones you can get in the market.

Deontay lives a vivid life with all the money he has made. He has a private boat that he takes out whenever he wants a break and goes out fishing.

Besides that, he has eight kids he should take care of, so he spends a lot of time with his family. He considers his eldest daughter Naieya his hero. 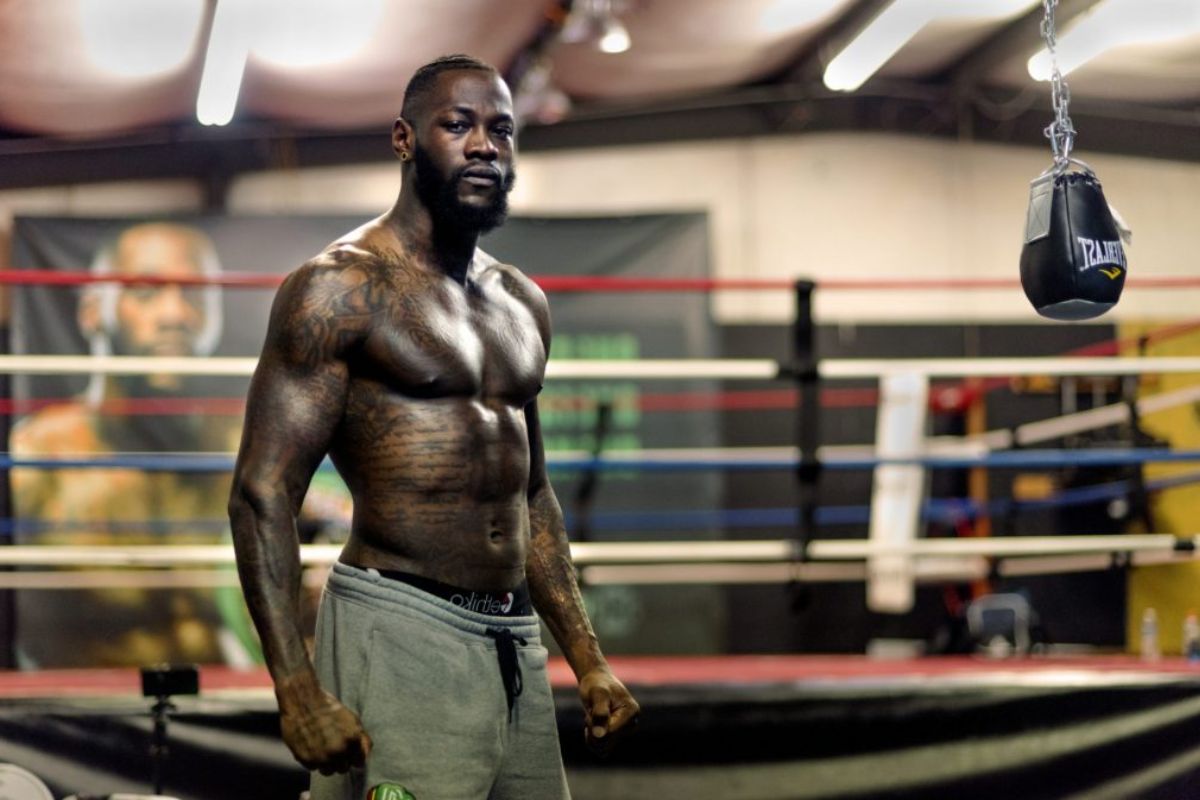 Only a select few Olympians in 2008 were given the opportunity to represent Ralph Lauren’s Olympic line. The dashing dude was also among them. After that, he declared that his time as a model was over. Everlast and Recover180 are two of his primary backers.

In addition, he is affiliated with such companies as Raising Cane’s, PureKana CBD, etc. Relative to his contemporaries, he does not appear to have as many endorsement arrangements. We can assume he is totally immersed in the game, which may explain his impressive run of success.

Deontay Wilder must have strong financial plans for himself, but there’s no information about businesses he has invested in. If there’s any knowledge, we will surely update you

The champion’s amateur boxing career began when he was 20 years old. He boxed in the 2008 Olympics as an amateur and ended up winning a bronze medal. Deontay went professional in 2008. Already in 2012, he had amassed a 25-fight winning streak.

Deontay maintained his unbeaten record as heavyweight champion from 2015 to 2020. His rematch with Tyson Fury in January 2020 was the only fight he was unable to win. Subsequently, in the seventh round, he was knocked out by Fury, who went on to win the championship.

Is Deontay Wilder vs Derek Chisora a fight you want to see happen? pic.twitter.com/jVceLBRFxe