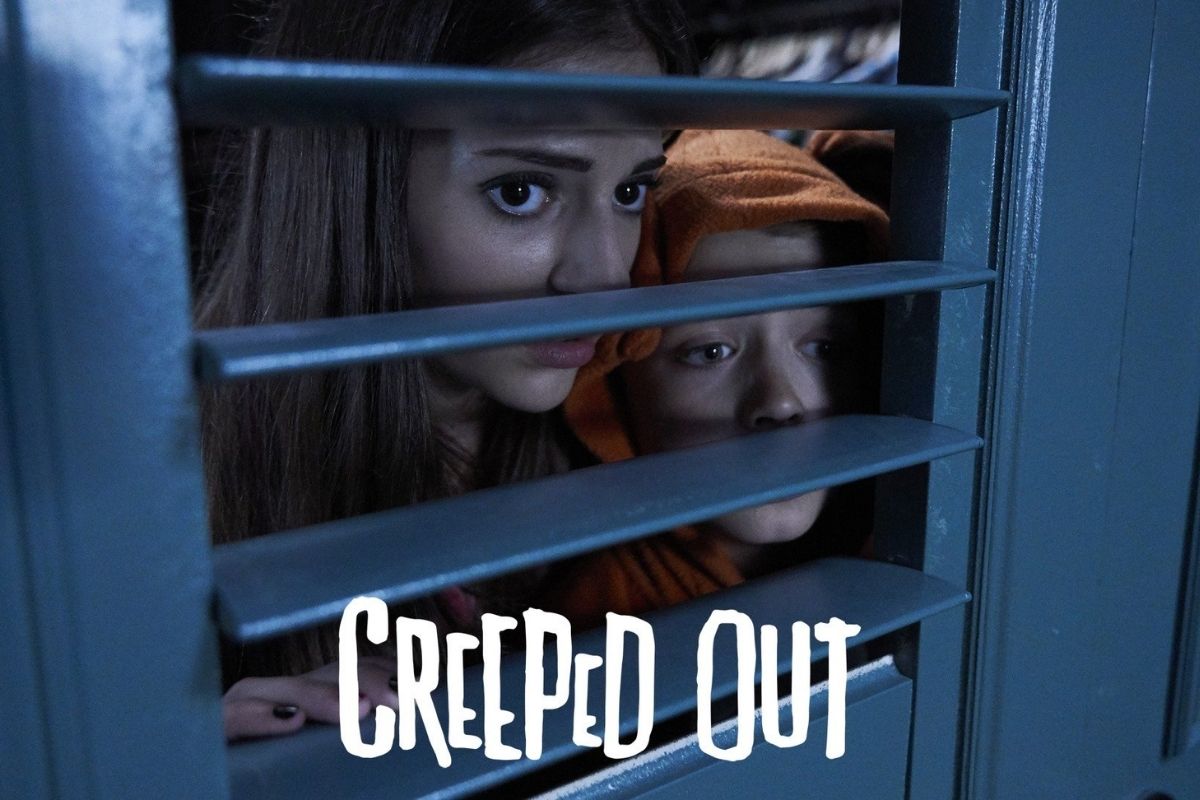 DHX Media in Canada and CBBC in the United Kingdom broadcasted the series’ premiere on October 31, 2017, which had elements of horror, thriller, fantasy, and science fiction. The series was created by Bede Blake and Robert Butler (exactly on Halloween). Netflix, on the other hand, allows you to view the television show.

The show is an anthology series, which means that each episode is devoted to a different theme or topic. In order to engage young viewers in this children’s horror show, the creators intended to incorporate elements of science fiction, horror, suspense, mystery, fantasy, and adventure into the show.

This horror anthology series contains a total of 23 episodes, each of which lasts roughly 25 minutes, making it an excellent choice for a horror binge-watching session. It is a different horror story in each episode; yet, the stories are all linked together by The Curious, a young boy (or girl) in a mask who appears at the beginning and end of each episode and is recognised for being the story collector.

Bede Blake and Robert Butler, the show’s creators, claimed that Steven Spielberg and Amazing Stories were major influences on the show’s development.

Personally, I believe that this television show is excellent for fans of horror, suspense, and science fiction. There are some episodes that are more like a children’s version of Black Mirror, with certain episodes demonstrating how technology can go wrong if it is not used properly. I do believe that some episodes are too frightening and dark for youngsters, despite the fact that it is billed as a horror series for children aged seven or older, so make sure you supervise your children while they are watching it.

Other websites utilise a similar ranking system for this show, with IMDB giving it a 7.7 out of 10 rating and Rotten Tomatoes awarding it a 67 percent average audience rating for the first season.

Creeped Out Season 3 Renewed or Cancelled?

While Creeped Out has amassed a big fan base and garnered favourable ratings and viewership, neither the BBC nor its production company, DHX Media, have stated anything regarding a third season of the show. After the first season was released, it took another 18 months for the second season to be released. Given the fact that it has been more than 18 months since the second season, the prospects for Creeped Out season 3 remain bleak, to say the least.

The show has not been officially cancelled by any network, so there is still hope, especially considering the show’s widespread popularity. If they do not renew the show, it is possible that it will be picked up by another network, which would return it back to its original airing schedule. Netflix (Haunted) may be able to pull it off as an original series if they try hard enough.

As for when we might expect to see a renewal announcement for Creeped Out season 3 in the near future, we should expect to see it before the end of 2022, if not earlier. 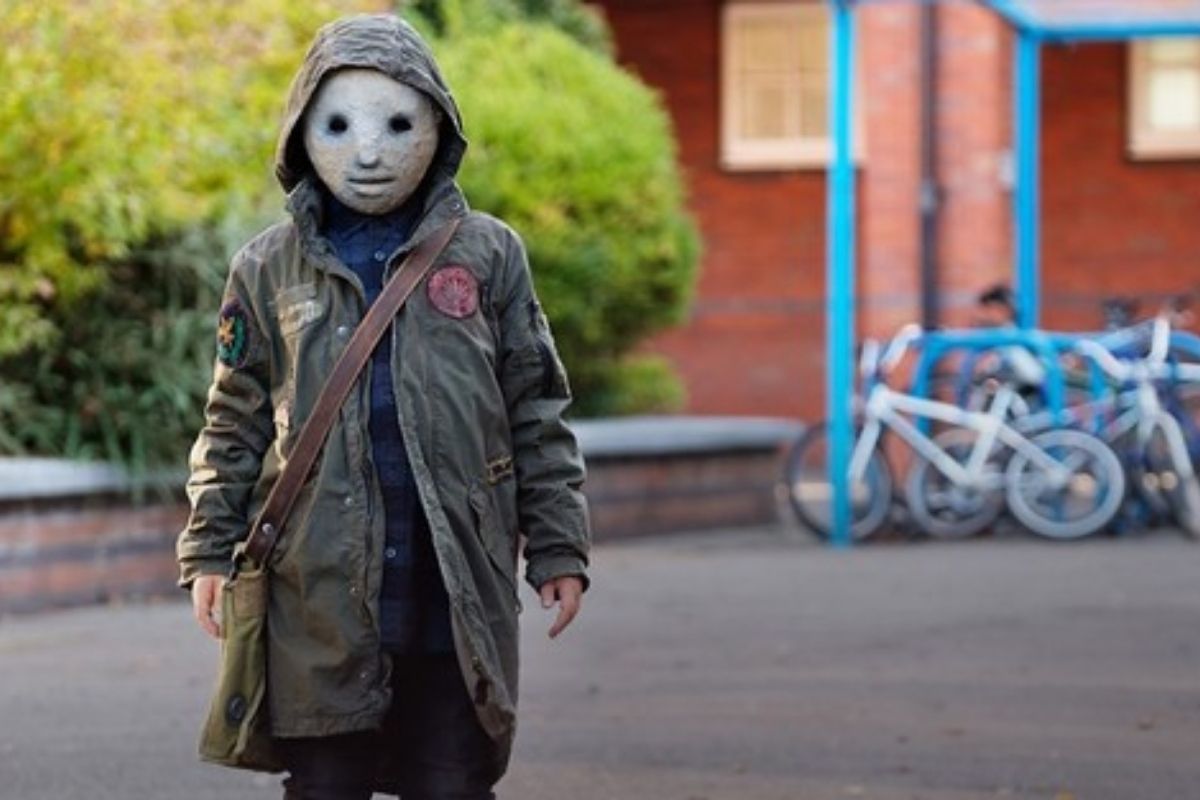 What Is Creeped Out Season 3 About?

Creeped Out is a horror anthology series in which each episode contains a completely different story and premise from the previous one. However, they are all tied to The Curious, and each story incorporates elements of dread, mystery, and suspense.

Tales of the Unexpected, created by Roald Dahl and broadcast on PBS from 1979 to 1988, comes to mind.

A youngster who turns her parents into puppets (Slapstick), a monster hunting for a host in human bodies to live (Cat Food), and time travel are among the stories included in the first season (A Boy Called Red).

A young boy who spends his entire life playing video games (One More Minute), a lice infestation (Itchy), the dangers of relying on digital voice assistants too much (Help), and a psycho Santa Claus (Psycho Santa Claus) are all included in the second season (Splinta Claws).

In Creeped Out season 3, we might see a similar premise, but with new and exciting horror stories. Hopefully, this is the case.

Cast Of Creeped Out Season 3

It is intended to be an evolving urban legend, according to co-creator Bede Blake, who also worked on the show. Nobody knows what’s going on beneath that disguise… In the context of the story, he poses no threat to the children. Because he is naturally inquisitive, he has been given a name. He is not someone who wishes to cause you harm. He’s a bystander in this situation.”

Creeped Out does not have a premise for an ensemble cast, which is what an anthology series should have, and the actors that play the primary roles change from episode to episode, as should be expected. A single unifying aspect is represented by the character of ‘The Curious,’ who is performed by William Romain. This is most likely your first encounter with his name, demonstrating that Creeped Out does not rely primarily on the quality of its star-studded ensemble to sell itself.

William Romain is replaced by Jaiden Cannatelli, a much more experienced child voice actor who had previously appeared as various voices in The Adventures of The Napkin Man and Space Ranger Roger, has since made appearances in shows such as Murdoch Mysteries, and is currently playing Cinnamon in the new Blue’s Clues and You series (2019).

While reading ‘The Curious,’ it is important to note that the narrator’s character is not the only one at the helm of the ship. Aurora Aksnes and Victoria Diamond provided the narrating voiceovers for the first season of The Walking Dead (Shed No Fear, Kindlesticks). While it would be reasonable to expect that these voice performers will resume their roles for a second season, this has not proven to be the case.

‘The Curious,’ despite the fact that it is the show’s well-known focal point of the narrative frame, is a concealed riddle that allows the show’s producers to substitute performers with ease. In season 2, the character ‘Curious’ was voiced by Lukas Engel.

What’s the Big Deal With Creeped Out?

The stories included in Creeped Out are intriguing, compelling, and mysterious. New characters and situations are introduced in each episode, which takes place in a different period and place. This book is full with captivating stories that will make you want to tremble in your boots. The enigmatic has to be navigated by a variety of individuals.

Some details connect the episodes in Creeped Out, yet each episode has its own unique setting and group of individuals. As with the American television show “Amazing Stories,” major elements would shift and shift almost every episode in this concept.

One of the legendary anthology shows, Creeped Out has a cast of actors performing short stories that all have a few common threads.

With a mystery and a few minor horror elements sprinkled in, it’s an episode-by-episode series with its own cast of characters and a mystery at its core. Because these episodes take place in the same location and feature “The Curious,” a disguised guy who poses as a tale teller, each episode has a narrative framework that serves as the backdrop for the stories.

When it comes to its general tone, the show evokes British television giants like Roald Dahl’s Tales of the Unexpected (1979-1988). When it comes to self-aware humour and wacky tendencies, Bede Blake’s show is more like Steven Spielberg’s “Amazing Stories,” which aired about the same time as Tales of The Unexpected.

Although the show has grown in popularity, neither DHX Media nor BBC have mentioned anything about what will happen to it moving forward. It took the showrunners over a year and a half to finish the second season. Keeping that in mind, the networks have not yet announced whether or not the show will be renewed.

We believe the show has a reasonable chance of returning. Even if Creeped Out is renewed, the third season won’t debut until at least 2021.