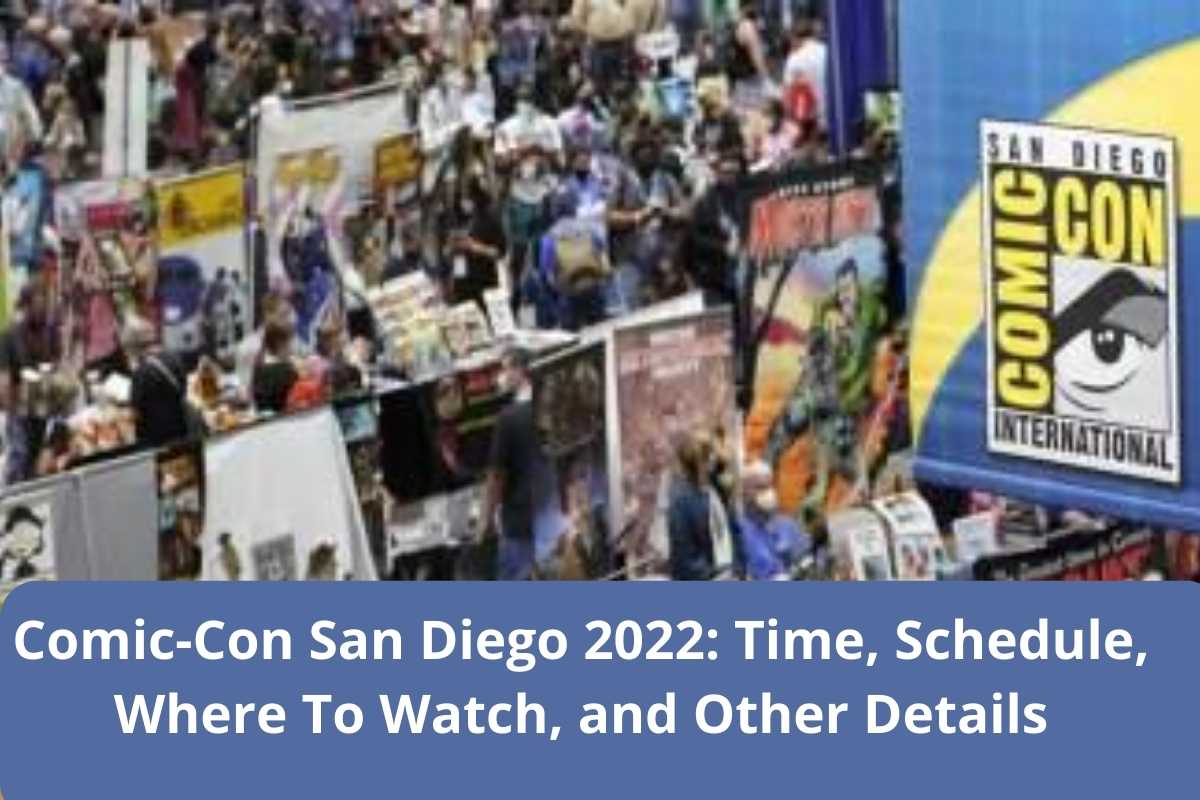 After months of anticipation, the Comic-Con San Diego 2022 officially kicked off with the opening of Day 1 events.

Pop culture lovers from across the world will descend on San Diego, California, for Comic-Con International, the world’s largest conference devoted to comic books, video games, movies, and television.

When, where and how to watch Comic-Con San Diego 2022

For the first time since 2019, Comic-Con will be held in person in 2022, making it a milestone year for the convention. Since the outbreak of the COVID-19 pandemic, the prior Con editions have either been cancelled or moved online.

In this time, Comic-Con is being held at the San Diego Convention Center. While no live broadcast is available, fans may still participate virtually in all of the fun and excitement.

Starting with Day 2 and 3 of SDCC 2022, IGN will be broadcasting a live programme that includes panels and presentations from the likes of Marvel, DC, Star Trek and more. You can watch the live stream on IGN’s official YouTube and Twitch feeds, as well as on Twitter and Facebook.

All important panels and events of Comic-Con San Diego 2022

D&D: “Honor Among Thieves” will star Chris Pine, Michelle Rodriguez, Regé-Jean Page, and more in an upcoming film, which will be revealed on Day 1 of the convention.

Additional panels will include Abbott Elementary, Teen Wolf, National Treasure: Edge of History, and many more television programs and movies.

The Lord of the Rings: The Rings of Power, an Amazon Prime original series set a thousand years before the events of the film series will be the day’s big event on Friday. Other projects, such as the Paper Girls adaptation, will be shown on the well-known site.

X-Men ’97, Marvel Zombies, and What If…? season 2 are just some of the MCU animated projects that Marvel Studios will reveal on July 22.

On Thursday and Friday, there will be many of exciting activities, but on Day 3 of Comic-Con San Diego 2022, the gigantic Hall H panels will be at their peak.

Saturday will begin with Warner Bros. Studios showcasing its forthcoming DC movie lineup, including first glimpses at Black Adam, Shazam!, and Wonder Woman. Hell’s Fury, among other titles, may be found in Hall H. Dwayne Johnson, Zachary Levi, and perhaps even Henry Cavill will be among the film’s star-studded roster.

Then it’s on to the House of the Dragon panel in HBO’s Hall H, focusing on the Targaryen family in the prequel series to Game of Thrones. Star Trek, Netflix’s The Sandman and Keanu Reeves’ BRZRKR franchise will all have panels in Hall H.

For those looking forward to Kevin Feige’s presentation of Marvel Studios’ She-Hulk Disney+ series and Black Panther: Wakanda Forever in Hall H later that night, this is not to be missed.

The last day of the Comic-Con San Diego 2022 will be the quietest after a raucous Saturday. A few additional events related to FX series like Mayans M.C. and What We Do in the Shadows will be held for fans.

This was all about Comic-Con San Diego 2022. For more such content, please visit nogmagazine.com