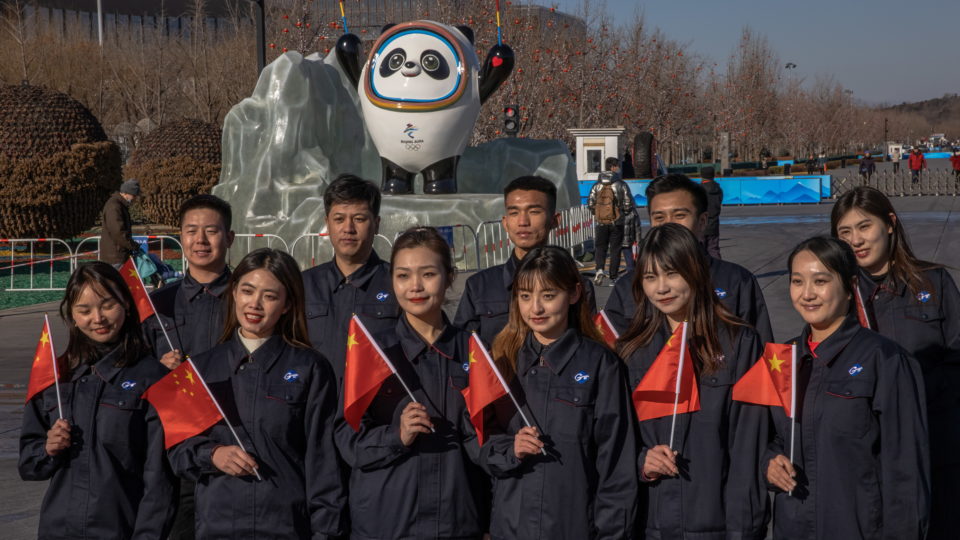 When the Ohio State and Utah football teams played at Rose Bowl Stadium in California on New Year’s Day, 18.960 people packed the stadium to watch the game.

When the Winter Olympic Games of 2022 start in Beijing in about two weeks, the various locations that will host this event will only receive those that the communist government of the People’s Republic of China allows to be there.

No one will be able to buy tickets for any competition at the Beijing Olympic Games.

Over the past month, China has repeatedly tightened the restrictions it will impose on those who can participate in the Olympic Games and what they can do there.

In ] in September, the International Olympic Committee announced that people from outside mainland China would not be admitted as spectators to the Games. 2022.

“Tickets will be sold exclusively to spectators residing in mainland China, who meet the requirements of Covid-19 measures-19”, announced the committee.

Two days before Christmas, China announced that residents who would be allowed to participate in the Olympics would not be allowed to speak too loudly during the events.

“On Thursday, as athletes around the world planned the safest personal routes to the Games,” reported the New York Times, “China has detailed some of the strictest rules imposed so far on its own citizens. Spectators at the Winter Olympics – which were previously limited to residents of China – will be able to applaud, but not shout, in support of the athletes.”

Last week, China announced that it will not be selling tickets for the Olympics and will instead “invite groups of spectators” to participate of events.

A statement issued by the International Olympic Committee it says:

Given the current situation of the Covid pandemic-19, in order to guarantee the safety of all participants and spectators, it was decided that tickets should no longer be sold, but rather be part of an adapted program that will invite groups of spectators to be present at the venue during the games. The organizers expect these spectators to strictly comply with the measures against Covid-19 before, during and after each event, in order to help create an absolutely safe environment for athletes.

Restricting where people can go and what they can do is nothing new in China. It is standard procedure.

The US Department of State released its latest report on human rights in China last March. The document of 66 pages narrated the systematic attack of the Chinese regime to the rights of the Chinese people. Another State Department report focused specifically on China’s attacks on religious freedom. Had 66 pages.

The opening summary of the human rights report reads:

Listed as others The Chinese regime’s attacks on human rights are:

Communist Party control over the judicial and legal system; arbitrary interference with privacy; pervasive and intrusive technical surveillance and monitoring; serious restrictions on freedom of expression, the press and the internet, including physical attacks and criminal prosecution of journalists, lawyers, writers, bloggers, dissidents, petitioners and others, as well as their families, and censorship and blocking of websites.

“Under the two-child policy,” the report notes, “the government [chinês] imposes restrictions on childbirth and often coerces women and girls into having abortions and undergoing sterilizations for exceeding birth quotas.”

“Party Members Communist,” explains the State Department, “they hold almost every major office in the government and security apparatus’.”

This means that China is ruled by atheists.

“CCP members and members of the armed forces are required to be atheists and prohibited from engaging in religious practices,” says the report io of the Department of Religious Freedom.

The leaders of the China would like to make everyone in China atheist – or, if that is not possible, make it difficult for people to practice the faith they adopt.

“The law requires teaching atheism in schools,” says the report on religious freedom.

years are prohibited from participating in religious activities and receiving religious education, even in schools run by religious organizations” , says.

“A Catholic source in the northeast of country told AsiaNews in July that government officials attended Sunday services to monitor activities and ensure that children from years or less were not participating.”

Athletes who have trained most of their lives to earn the chance to compete in the Olympics should never be barred from participating in the Games – even in Beijing. It would have been wrong to abort their dreams by making them boycott these games to protest against the evils committed by the regime that will host the event.

But when millions of people around the world turn their eyes to Beijing to see these great athletes compete, they mustn’t forget these evils.

And as long as China is ruled by this regime, it should never be allowed to host another international event.

©2022 The Daily Signal. Published with permission. Original in English.