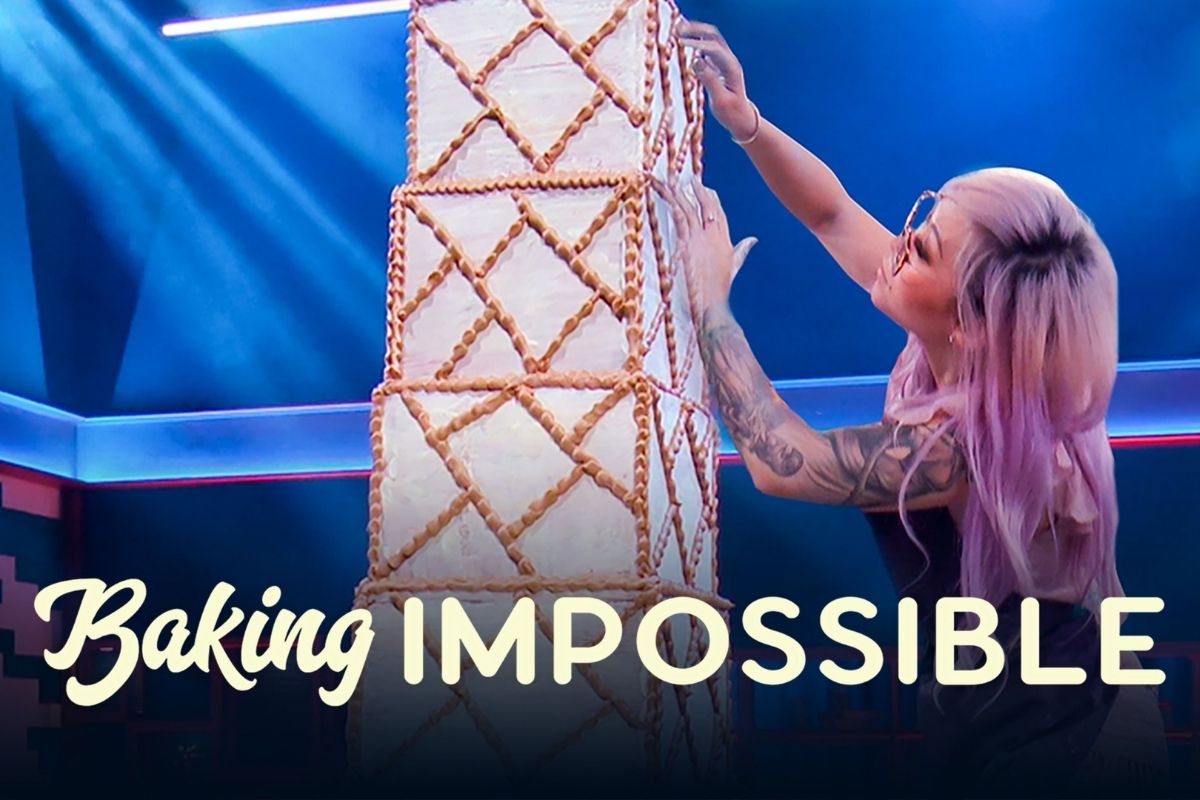 Cake Wars, Cupcake Wars, the Great British Baking Show, and many other well-known baking and food competitions have all been compared to Netflix’s Baking Impossible. Andrew Smyth, Joanne Chang, and Hakeem Oluseyi serve as the judges on “Baking Impossible,” which premiered in October of this year and pits teams of a baker against an engineer.

The primary goal of each team is to create a baked good that not only tastes good, but also passes the judges’ “stress tests.” It is common for the “stress testing” to be quite extreme and to be incorporated into the design of the food. When it comes to the show’s debut episode, dubbed “Whatever Floats Your Boat,” the teams are tasked with creating baked goodies that can withstand the weight of a boat, and even test their buoyancy in the water. Edible robots and edible mini golf courses are featured in other episodes.

According to Rotten Tomatoes, “Baking Impossible” has achieved a perfect score from reviewers and an 80 percent audience approval rating. They described it as “both fascinating and wonderful to observe heretofore unacquainted duos from very different backgrounds, with extremely nerdy goals” in the show (TIME magazine). Season 2 of “Baking Impossible” might surely be in the works based on this level of praise. The information that has been gleaned thus far is summarised here.

Season 2 of “Baking Impossible” has not yet been formally confirmed by Netflix. Netflix, on the other hand, is unlikely to have made any announcements just yet due to how quickly it has been since the eighth and final episode of Season 1.

Dated October 13, “Bridge to Victory” was the episode’s title. Netflix has a history of renewing series after a two-month delay, so it’s possible that we’ll have to wait another month or two to find out if the show will be renewed. After the holidays, we’re almost certainly going to hear something official.

Fans of “Baking Impossible” needn’t be concerned that it won’t be renewed based on the show’s positive reception. Given the length of time it takes to produce a reality program of this calibre, the second season will most likely be published in the summer or fall of 2022. 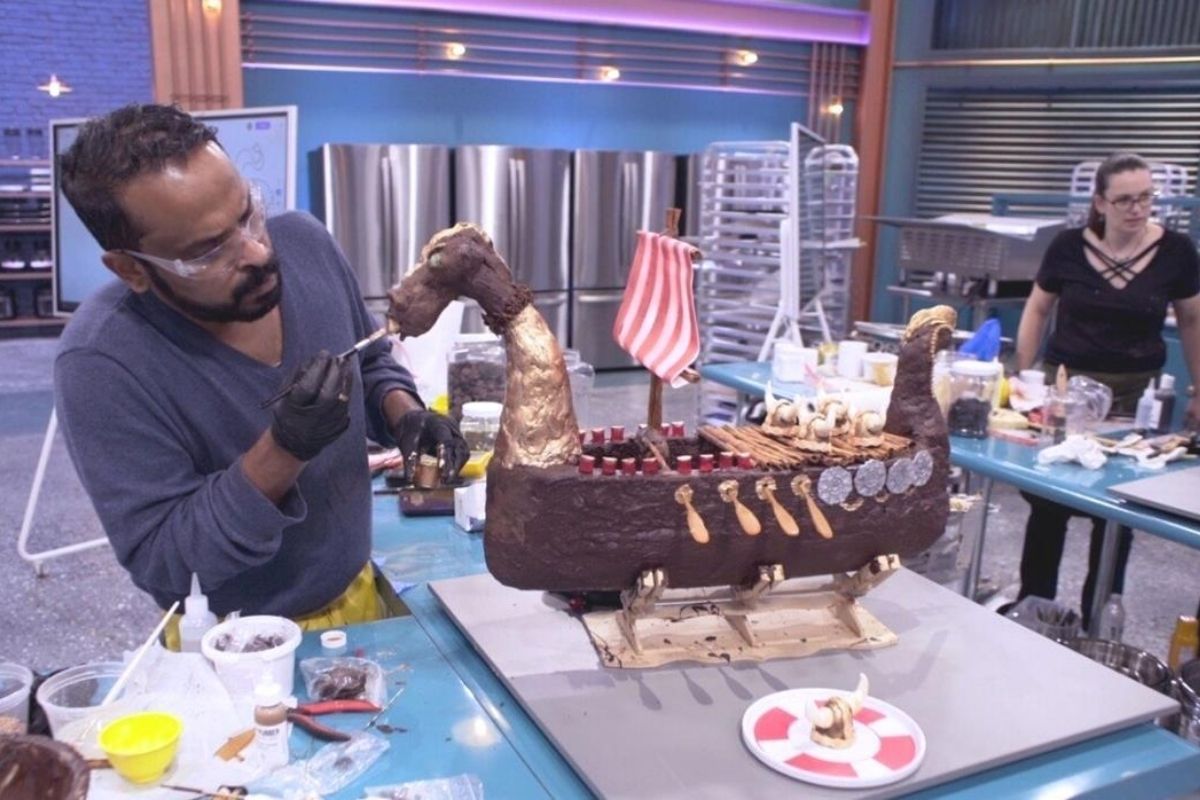 “Baking Impossible” Season 2 cast members have not yet been announced. Most likely, this season’s bakers and engineers will be made up of people who have never met before, therefore the competition should proceed in a manner similar to that of Season 1.

In the instance of Andrew Smyth, Joanne Chang, and Hakeem Oluseyi, the Season 1 judges, reality programs sometimes substitute or sub in other judges for the sake of variety or because the judges’ schedules as professionals in their own fields. If this is the case with “Baking Impossible,” we don’t know if Smyth, Chang, and Olyseyi will be returning, or if this will be the case on the biggest of stages with series like NBC’s The Voice.

There is a chance that the host, American magician and comedian Justin Willman, will remain with the show for Season 2 if negotiations and the show’s success are favourable. Willman has already appeared on “Cupcake Wars” and “Halloween Wars,” so this isn’t his first time on a baking show (via IMDb).

Bakers and engineers collaborate in an eight-episode reality show called Baking Impossible to build edible products such as cakes, but with the twist that these items must withstand tough testing.

It’s a cake boat building challenge in the first episode titled Whatever floats your boat.

In the second episode, they must construct robots from bakery goods, and in the third, they must show that a chain reaction works from the beginning to the conclusion in order to win.

A cake and pastry mini-golf course will be constructed and tested by the show’s judges in the fourth episode. Fifth episode, Cake on the Catwalk, sees contestants making edible costumes for models to wear in a fashion show.

‘Baking to the New Heights,’ the sixth episode, asks the participants to construct skyscrapers and other structures out of cake that will be put to the test via a ‘artificial earthquake.’

Season 1 Baking Impossible’s last episode is called “The Bridge to Victory,” and it will determine the winner, but it will be difficult for the teams since a panel of judges keeps an eye on everything that is baked and how much strength it can retain, making it difficult for them.

In order to win, the cake must not only be visually appealing but also be able to withstand the rigours of the judging process, which will ultimately determine the show’s winner.

Overall, there are eight episodes altogether, with six having already been aired on October 6th and the remaining two to be broadcast on October 13th, 2021.

Currently, there is no information about Baking Impossible Season 2, but it is expected to be announced in December by Netflix and the show’s producers. It is probable that the second season will premiere in the middle of 2022.