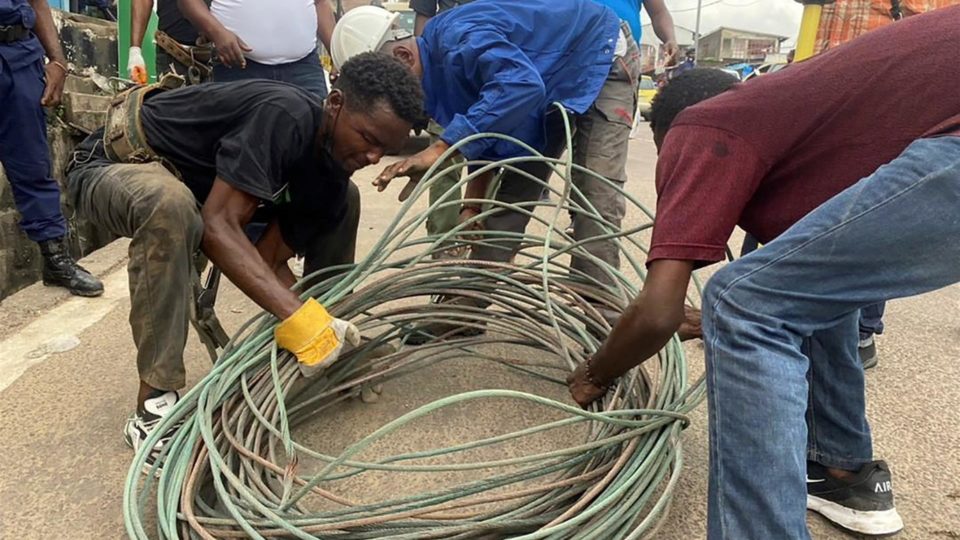 In another tragedy in the country, a high voltage cable broke and fell on homes and people in a market in the capital Kinshasa, causing at least deaths | Photo: EFE/EPA/Junior Kannah

At least 02 civilians were killed on Tuesday night (1st) after an incursion by an insurgent group into a camp for displaced people in the northeast of the Democratic Republic of Congo.

“It’s very serious (…). The number of 02 dead is still provisional. It will increase, because the search (for bodies) is still in progress”, said this Wednesday (2) Jean-Bosco Lalo, coordinator of civil society groups in the province of Ituri, told Efe Agency.

The attack was carried out by rebels from the Congo Development Cooperative (Codeco) in the camp for displaced people. known as Plaine Savo, which is home to more than 30 a thousand people , according to radio Okapi.

The insurgents, who also left more than 30 injured, according to the same broadcaster, set fire to canvas tents used by the displaced as accommodation.

The Codeco is a little-known rebel group that was born in 2018 with the aim of fighting abuses by the Army, but carried out numerous killings of civilians and multiplied his attacks in the last year in the province of Ituri.

According to the Kivu Security Barometer (KST), Codeco killed at least 400 people in 26 attacks since April .

Ituri and neighboring North Kivu province has been under siege since May last year in response to the escalating violence, but since then more than 1,000 civilians have been killed, according to the independent research project Congo Research Group.

Since 1998, the eastern part of the Democratic Republic of Congo is mired in conflicts fueled by rebel militias and attacks by army soldiers, despite the presence of the m UN peace mission (Monusco).

Tragedy with cape of high voltage causes at least deaths

In another tragedy in the Democratic Republic of Congo, a cable High voltage broke and fell on homes and people at a market in the capital Kinshasa on Wednesday. At least people died, a spokesperson said. -Government voice. The DRC’s national electricity company made a statement claiming that lightning struck part of the cable, resulting in the collapse.