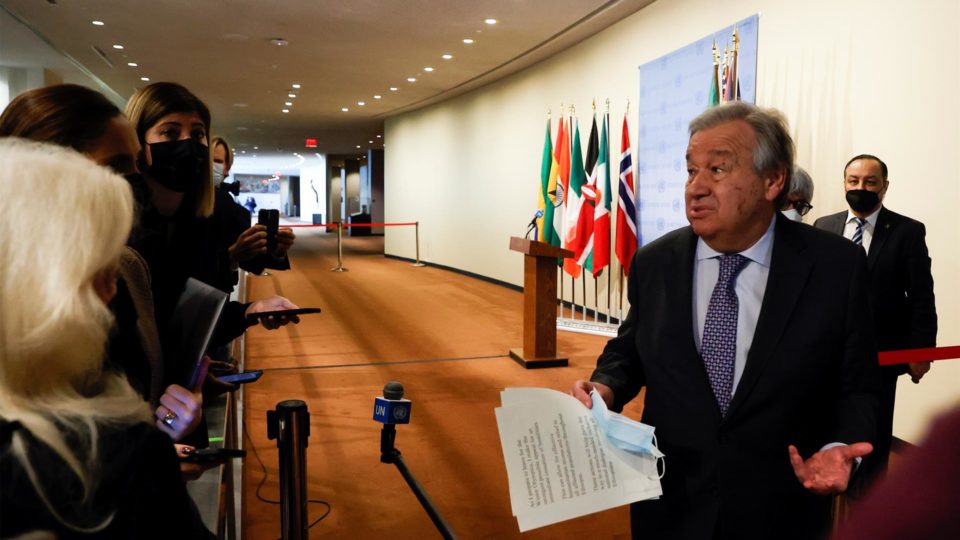 Last Friday, February 4th, the Winter Olympic Games 2022 opened in Beijing. The Chinese capital became the first city in history to host both the Summer and Winter Games. The edition, including the opening, is being marked by the growing tension between the Asian country and the USA. One aspect of this tension is Washington’s accusation that Beijing is promoting a genocidal policy against the Muslim-majority Uighur population. It would be inevitable that the Uighur question would be at the opening ceremony, but a detail little commented on two later may be more interesting.

One of the Chinese athletes who lit the Olympic cauldron was skier Dinigeer Yilamujiang. Born in Altai, in the Xinjiang region, near the Mongolian border, she is 20 years old and started skiing at 2018 . As her name and birthplace may have hinted, she is a Uighur, a Turkic people of about 13 million people, over

% living in China. Interestingly, some archaeological remains place the Altai mountains as the “cradle” of skiing, thousands of years ago.

China did not choose the athlete by chance. An Olympic ceremony is a diplomatic tool, to project the desired image of a country and a culture. Some might interpret a Uighur athlete lighting the Olympic cauldron as a sign of tolerance and pluralism by the Chinese government. Others as an insult, a “wink” to the US that Beijing is aware of the accusations and, even so, the Uighurs would be part of China, period. For Jen Psaki, spokesperson for the Biden administration, the Chinese choice was an attempt to “distract” the world from the various “violations of rights and genocide” against this population.

The classification of Chinese policy in Xinjiang of genocide is one of the reasons for the diplomatic boycott of the Olympic Games promoted by the USA. The opening ceremony was boycotted by the governments of the US, UK, Australia, Belgium, Canada, Denmark and Estonia. In addition to these countries, which justified their boycott due to human rights violations by the Chinese government, other countries boycotted the opening for various reasons.

India boycotted due to recent border skirmishes, while Lithuania did so because of to have broken relations with Beijing after establishing a commercial office in Taiwan. Finally, Kosovo supported the US-promoted boycott, although it has no relations with China, which supports Serbia in the dispute over Kosovar independence. There is also another group of countries that have adopted a “middle ground” solution. In practice, they boycotted the opening, but without blaming the Chinese government for this, stating that the absence of government representatives would be due to the pandemic.

They were Austria, Germany, Japan, Latvia, Czechia , Netherlands, New Zealand, Norway, Slovenia, Sweden and Switzerland. Japan, for example, was represented by the president of the local Olympic committee, without members of the government cabinet. As a consequence, the opening ceremony was hollowed out compared to previous ceremonies. Even so, some international leaders were present, including those from democratic countries, such as Alberto Fernández, Argentine president, who took advantage of the trip to sign a broad package of Chinese investments in Argentina.

Leaders were also present. democratic countries and ideologically right-wing governments, such as Guillermo Lasso, from Ecuador, and Andrzej Duda, president of Poland. Still, such presences were exceptional. Most of the leaders present were from authoritarian countries, such as Mohammed bin Salman, Crown Prince of Saudi Arabia, and, again, the ceremony was hollow compared to that of Pyeongchang, in 2018 . Which does not necessarily have a great impact, since the diplomatic boycott is basically symbolic.

There was no sports boycott, especially because it hurt major economic interests, as we have already seen here in our space. Also present were leaders whose position requires maximum neutrality, such as Thomas Bach, president of the International Olympic Committee, and António Guterres, secretary general of the United Nations. And on Sunday, Guterres made a very interesting statement about the investigation of a possible genocide against the Uighur population.

The existence of detention centers, sometimes called concentration camps, in Xinjiang it is a fact, publicly recognized by China at least since 2014. The exchange of accusations revolves around what this fact implies. For the US and some of its allies, these detention centers are places where an estimated 1 million people were arbitrarily detained, had their labor forcibly exploited, suffered political and religious indoctrination, ill-treatment and forced sterilization, and this policy of forced assimilation would be a genocidal policy.

Beijing claims that the camps are centers of education, where Muslim religious fundamentalism is fought as part of an anti-terrorism policy. The Chinese government also claims that people receive professional training and qualifications, and that the US accusations are motivated to “destabilize” China and fragment the country, encouraging possible Uighur nationalism. Along with the mass arrests, there are also allegations of the destruction of mosques, religious persecution and the forced separation of children from their parents.

The formal accusation of genocide was first made by the US, in January 2021. Of course, these two paragraphs are a brief and crude summary of the perspectives of the two powers involved, and it would be impossible to exhaust a subject that yields books in just one column. This summary also does not mean the omission of evidence and complaints already presented on the subject. There is also another point: if the minority that suffers persecution is Muslim, including religious repression, what is the stance of Muslim countries?

Several of them are authoritarian governments, interested in avoiding close eyes to their own human rights violations. It also has China as an important economic partner. Therefore, irrespective of religious ties, it is convenient for these countries to take the Chinese side, whether true or not. The governments of Egypt, Saudi Arabia, Pakistan and the United Arab Emirates have already publicly stated that they support Chinese policies on human rights and “counter-terrorism” issues.

A mission of Pakistani diplomats and politicians has arrived to visit Xinjiang and publish a report legitimizing Chinese policies. Where is the line that separates interest from reality? It is difficult to say, since, as we always remember, in international politics, interest is the rule. Pressure against or support for Chinese policies in Xinjiang depends much more on convenience and interest than on idealism or the defense of the truth. Hence the interest in a statement by Guterres.

When meeting with Xi Jinping, he said he hoped that a mission from the UN High Commissioner for Human Rights, known by the acronym OHCHR, led by Michelle Bachelet, can be done in a “credible”, “credible” way. A subtle but accurate choice of words, focusing on the independence of the UN agency and the fact that previous visits cannot be taken so seriously, given the interests involved already mentioned. A great example of “for the connoisseur, half a word is enough”.

Whether this visit will take place, we don’t know. Given the recent history, however, with the OHCHR reports on human rights violations in Venezuela and Colombia, one can expect good work and, especially, denunciation if this work is impeded. Amid accusations of “politicization” of the games, Guterres discreetly went straight to the point, in a proposal that may contribute to greater transparency of humanitarian issues, although not necessarily to political concord.