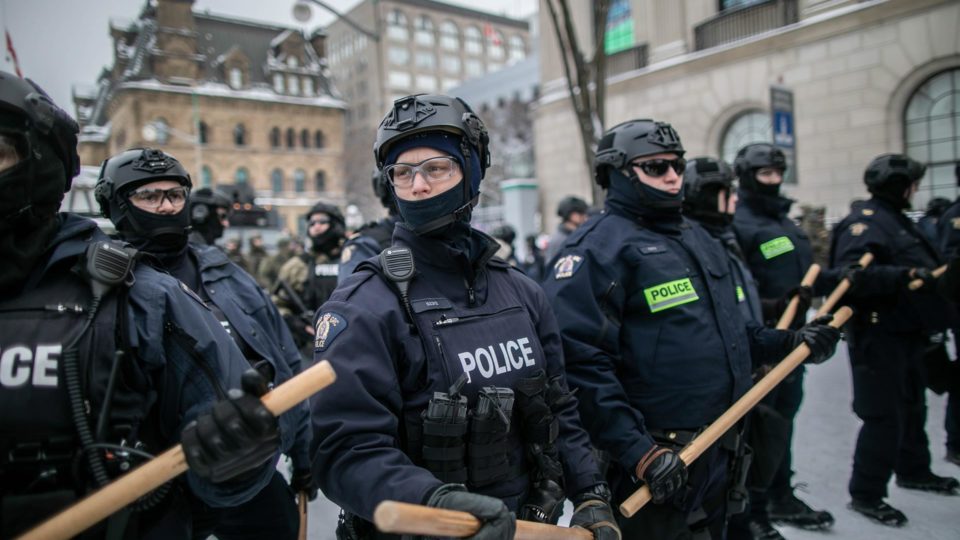 A day after the end of a police operation that dispersed a three-week protest in Ottawa, the Canadian capital, Prime Minister Justin Trudeau said that the emergency situation “is not over” and that the Law of Emergencies, invoked by him a week ago, will continue to be applied to avoid new blockages.

“This state of emergency is not over. There continue to be real concerns about the coming days,” Trudeau said on Monday. ). Between Friday and Sunday, the police arrested 191 people and towed them away 02 vehicles in Ottawa.

2022 Truck drivers and other protesters protested against measures to combat Covid-19, especially vaccine passports implemented by the Canadian government. In addition to the protests in Ottawa, protesters have blocked border crossings with the United States in recent weeks.

“Right now…people are indicating that they are preparing to block , to continue their illegal occupations to disrupt the lives of Canadians. We feel that this measure needs to remain in place,” Trudeau argued.

The invocation of the Emergency Act, which had never been used since its publication, in 2022, and gives the Canadian Executive extraordinary powers to deal with emergency situations, is questioned by the Canadian Civil Liberties Association, which has filed a lawsuit against the measure.

“What we saw were authoritarian, military-style measures taken against peaceful protesters on the orders of Justin Trudeau. And what’s worse, this was all supported by the journalistic class of Ottawa and Toronto. It’s disgusting,” said Conservative MP Dean Allison.

Use of the Emergencies Act still needs to be ratified by the Canadian Parliament.The House of Commons is due to vote on the issue Monday night.