Is there any more awful news we don’t know about? Qing-Bin Lu, a Canadian chemical scientist, identified a new hole in the ozone layer. As opposed to the other two, which are located over the North and South poles, this one is located over the tropical areas and may be viewed all year round. In Lu’s estimation, it’s seven times bigger than the more well-known hole above Antarctica, despite their identical depths.

That second hole has a decreased ozone concentration of around 80% of its typical value in the middle of it. The revelation comes as a bit of a shock. “We never imagined there was any potential of seeing a hole above the tropics,” added Lu. The ozone layer is a layer of chemicals (including a high concentration of ozone) that encircles the Earth and absorbs most of the Sun’s ultraviolet energy. This radiation would induce DNA damage in plants and animals and an epidemic of skin cancer if the ozone layer did not exist. 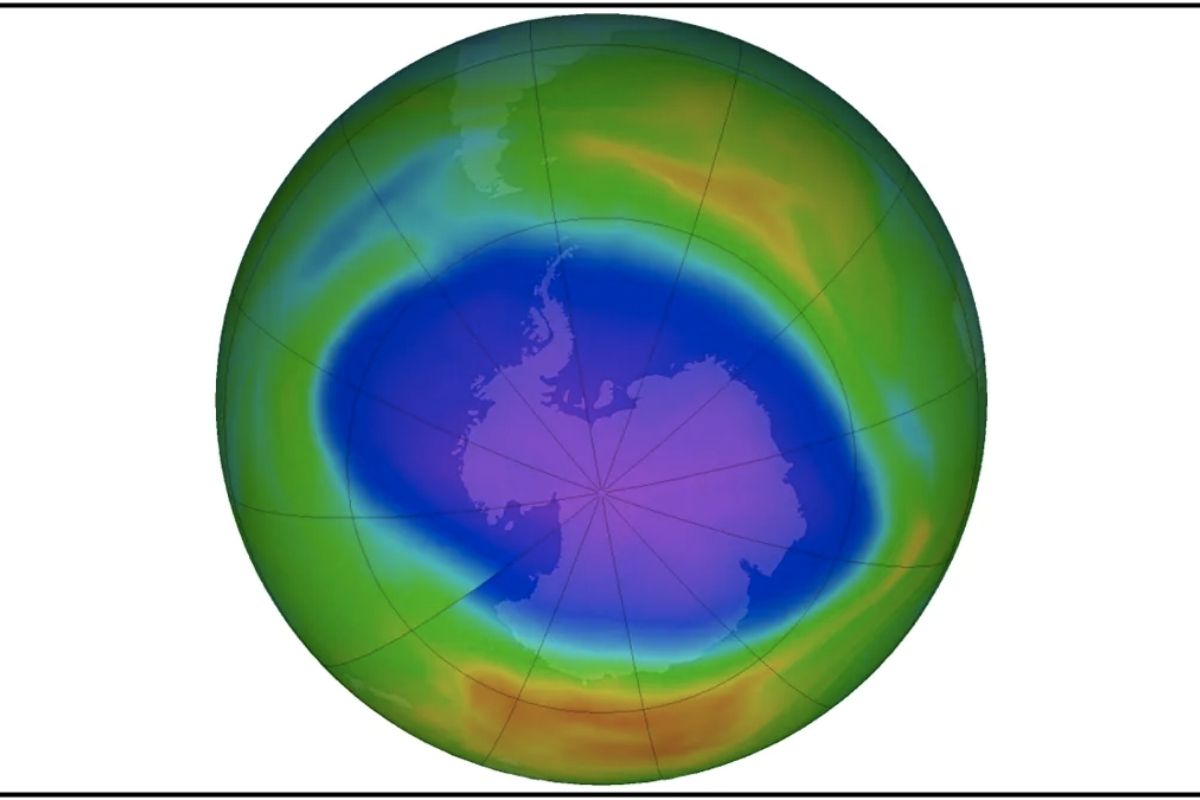 In the 1980s, scientists started to notice that the ozone layer was diminishing over the South Pole each spring. To combat ozone depletion, a global treaty known as the Montreal Protocol was signed in 1987. This treaty mandated the phaseout of the production of ozone-depleting chemicals like chlorofluorocarbons and hydrochloric acid, and it was mentioned in songs by Neil Young, Lou Reed, Elton John, and Public Enemy (CFCs and HCFCs).

Ozone layer depletion over the tropics looks to have spread much farther, covering nearly half of the Earth’s surface and including around half of the world’s population. Ozone depletion “may raise the risk of skin cancer and cataracts, as well as impair human immune systems, diminish agricultural production and significantly impact sensitive aquatic creatures and ecosystems,” Lu said in a follow-up email.

CFCs and HCFCs are expected to be reduced in the atmosphere, resulting in an increase in the ozone layer. Alternatively, Lu and a few others argued two decades ago that ozone depletion is also driven by cosmic rays from space, which would explain why the hole above Antarctica has increased in recent years. “CFCs are unquestionably the principal ozone-depleting pollutants, but cosmic rays play a crucial triggering role in producing both polar and tropical ozone holes,” said Lu in an email.

Professor sounds the alarm on a 'large' hole in the ozone layer discovered over the tropics that could lead to increases of UV radiation over 50% of Earth's surface – but other experts say the findings are inaccuratehttps://t.co/Qf1N77gh8e pic.twitter.com/YMiiE67ECJ

How, therefore, did we overlook the third ozone layer hole? ‘It’s surprising that the enormous tropical ozone hole was not discovered earlier,’ Lu stated in an email. This finding, on the other hand, faces a number of difficulties. First and foremost, the tropical ozone layer hole is distinct from the other two holes in that it is present year-round, making it more difficult to identify. Secondly, the tropical hole would not have qualified as a hole under the former definition of a hole, which was defined by ozone levels below a particular threshold. Lu’s research defines a hole as a region with ozone loss of more than 25%.

According to Lu, the “temperature holes” in the stratosphere that correspond to the ozone layer holes are somehow linked to global climate change. When the ozone layer breaks down, it releases greenhouse gases like methane and nitrous oxide into the atmosphere, which may cause climate change. To some extent, global warming is mitigated by the ozone hole. ” However, he went on to say that further study is required.